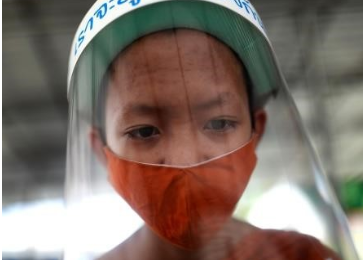 Trump fueled the controversy when he tweeted, “Virtual Learning has proven to be TERRIBLE compared to In School, or On Campus, Learning. Not even close! Schools must be open in the Fall. If not open, why would the Federal Government give Funding? It won’t!!!” The President’s Education Secretary, Betsy DeVos, during news shows today, backed the president’s call to financially punish schools that don’t fully reopen.

On Friday, the American Academy of Pediatrics responded by issuing a joint statement with the American Association of Teachers, the National Education Association and the School Superintendents Association.  “Withholding funding from schools that do not open in person fulltime would be a misguided approach, putting already financially strapped schools in an impossible position that would threaten the health of students and teachers.”

The groups acknowledged the importance of in-school learning, particularly for children with disabilities, lack of Internet access, and low-income students reliant on school lunches. But the statement makes clear, “Returning to school is important for the healthy development and well-being of children, but we must pursue re-opening in a way that is safe for all students, teachers and staff. Science should drive decision-making on safely reopening schools. Public health agencies must make recommendations based on evidence, not politics. We should leave it to health experts to tell us when the time is best to open up school buildings, and listen to educators and administrators to shape how we do it.”

“No one wants students to safely return to classrooms more than parents, educators and administrators. We also recognize that we must do it the safest way possible, not the most politically expedient way,” the educators’ joint statement reads.

The statement criticizes “conflicting” statements issued by the White House in contradiction to advice from the U.S. Centers for Disease Control, adding, “Without a comprehensive plan that includes federal resources to provide for the safety of our students and educators with funding for Personal Protective Equipment, socially distanced instruction, and addressing racial inequity, we could be putting students, their families and educators in danger.”

Their statement specifically blasts what the educators view as failures of the President and his administration.  “Throughout this pandemic, the administration has failed to address the needs of students, especially those students who need the most support. They have failed to listen to families and public school educators who have been on the frontlines serving their communities. This vacuum of leadership leaves this administration with zero credibility in the minds of educators and parents when it comes to this major decision.”

The educators conclude, “To safely re-open our schools, health experts should be relied on to figure out the “when” and educators and parents should be central to figuring out the “how.” Public school educators, students and parents must have a voice in critical conversations and decisions on reopening schools.  The president should not be brazenly making these decisions.”

Even the U.S. Chamber of Commerce blasted the plan to require reopening of schools as “ill conceived” while COVID-19 rates are skyrocketed in many communities, some states have rolled back business openings and hospitals are filling up. The Chamber notes that school children spreading the coronavirus could ultimately prolong the pandemic, have a harmful impact on businesses, potentially forcing more shutdowns.

Trump’s bashing of online learning contrasts with his own Education Secretary. Earlier this year, when DeVos distributed relief funds for schools, she urged school leaders to use the money for technology and training to “help all students continue to learn through some form of remote learning.”

Some teachers have taken to social media to voice concerns over the health risks to students, staff and teachers, particularly older instructors and those with underlying health conditions. Here are some of their concerns.

In a high school setting, a teacher with five classes daily and 30 students in each could potentially be exposed to 150 students. If a teacher becomes ill with COVID-19, would all students be quarantined and/or tested – and everyone else they came in contact with?  Will teachers be paid for time off due to quarantine?  What happens if a student tests positive, or if a student or teacher dies? How difficult will finding substitute teachers become?  How do schools provide social distancing and smaller class sizes when many districts are facing state cuts in funding during the pandemic?

On the other hand, having children continue to be schooled at home, even part-time in a blended learning model with part-time in the classroom, poses difficulties for working parents of children too young to be left home alone.  There are also concerns about distance learning putting kids at a disadvantage if they are English learners or special needs students, or if multiple children have to share a single computer at home. Lack of socialization and racial inequities are additional concerns with keeping kids out of school long term.

The debate has raged locally, with some parents voicing health concerns over reopening while others fretted over how to earn a living while home-schooling students long-term. Many local districts have announced plans for blended learning models in the fall, combining some in-classroom instruction with online learning at home, as ECM has reported in several previous reports. 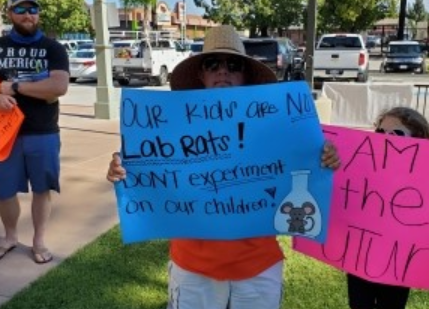 Trump has claimed that European schools reopened safely.  But rates of COVID-19 were far lower there, due to national lockdowns imposed by all European nations (except Sweden).  The U.S. has confirmed over 3 million cases, the highest in the world, and over 133,000 deaths, prompting European Union nations to ban all American tourists.

NBC reports that many European schools reopened only for part-time instruction with some students at school in the morning and others in the afternoon to maintain social distancing, with face-to-face interactions limited to small groups of students. National rules restrict class sizes, require social distancing and masks, where by contrast the Trump administration has issued no national guidelines for schools to safely reopen and has virtually ignored advice of the nation’s top health officials, the New York Times reports.

In reality, the President lacks the power to fully defund schools, since Congress holds most of the purse strings and House leaders have voiced opposition to such cuts. But his administration could tie future COVID-19 relief funds to schools reopening, ramping up pressure on cash-strapped districts.

The President’s plan has drawn some support from the House Freedom Caucus, a group of conservative Republicans. The caucus held a press conference Thursday claiming he risk would be low for most students, except those with underlying health conditions, and for staff under age 60. Rep. Andy Harris (R-MD), a doctor, claimed, “The bottom line is that it’s safe for children to go back to school.”

But his assumption ignores the fact that more than a third of COVID-19 cases are spread by people without symptoms,Time Magazine reports this week, citing a study published in the Annals of Internal Medicine. So even healthy students could bring home the highly contagious virus, infecting older and more vulnerable family members or people in public places.

Defying public health leaders and university leaders, Trump also this week ordered that international students be deported from all U.S. campuses unless their colleges and universities provide classes in-person this fall, a over that has angered college administrators over what appears to be a decision based on anti-immigrant sentiments, not public health concerns.

The Council for Christian Colleges and Universities, the National Association of Evangelicals and Bethany Christian Services have all argued that international students should not be expelled during a pandemic.

The State of California has filed a lawsuit challenging the order. The University of California is seeking an injunction and permanent injunctive relief to halt U.S. Customs and Immigration from enforcing the order, ABC 7 reports. 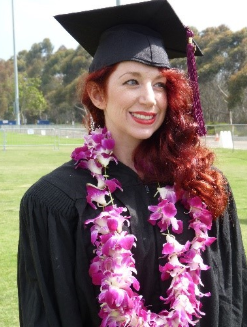 Photo, right by Miriam Raftery: Kathleen Raftery,  a prior graduate at the University of California, San Diego. The 2020 graduation ceremonies were cancelled due to COVID-19 after the campus pivoted to distance learning.

The lawsuit by California Attorney General Xavier Becerra, along with community and state college chancellors, contends the policy threatens to exacerbate the spread of COVID-19 by requiring international students to take classes in person, "putting themselves, teachers, other students and the community at large at risk of getting and spreading the coronavirus -- or be subject to deportation.''

Harvard University and the Massachusetts Institute of Technology (MIT) have also filed suit seeking to stop the order, to which Trump responded with a tweet threatening to ask the Treasury Dept. to look at taking away tax-exemption status of U.S. schools, colleges and universities.

East County Magazine thanks the Facebook Journalism Project for support through its COVID-19 Local News Relief Fund Grant Program to help  sustain reporting on vulnerable local populations, including minorities, rural communities and small businesses impacted by COVID-19. Learn more at #FacebookJournalismProject. You can donate to support our local journalism efforts during the pandemic at https://www.EastCountyMedia.org/donate.