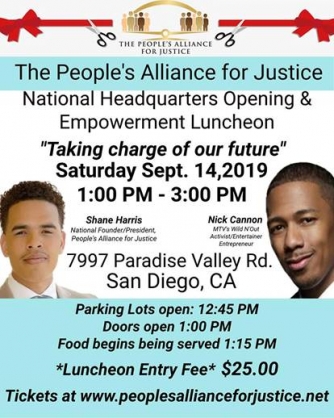 The two national activists are set to hold a discussion titled “Taking charge of our future,” weighing in on the U.S. Presidential Election, voter engagement, the 1619 project highlighting the ongoing legacy of slavery, economic empowerment, and entrepreneurship. Candidates for U.S. president, San Diego mayor, county and sate elected leaders are expected to attend the event, according to organizers.

The event will happen just two days after the third round of Democratic national Debates. The event is also expected to draw several hundred activists, community leaders, underrepresented communities and concerned citizens mainly from across California.

The People's Alliance for Justice, a newly-formed national civil rights group, is led by prominent social justice leader Rev. Shane Harris. Hehas stated, "U.S. Presidential candidates running for the California Democratic primary will have to come to communities that are historically disenfranchised and earn California's vote. This will no longer just be grounds for fund-raising but real grassroots leadership is what disenfranchised communities in California are looking for and deserve."

*Questions and discussion with audience - 2:45 p.m.

*Tickets for the general public are on sale currently for $25.00 and will be sold through Friday September 13, 2019 * 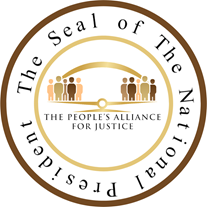