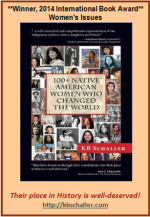 November 25, 2014 (Plantation, Florida) - It is my pleasure to share this update on the presentation of my latest title, 100+ Native American Women Who Changed the World, which was given a stellar review by Dennis Moore for East County Magazine. The event took place on Saturday, November 15 at the Helen Hoffman Library in Plantation, Florida and was co-sponsored by the Plantation Historical Society. 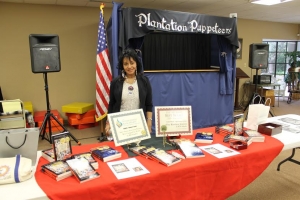 As the event fulfilled its mission to present Native American women as a united force across the generations in a common struggle for positive change, the near-capacity audience was quite impressed to learn of the accomplishments of Native American heroines of whom they'd had no prior knowledge. 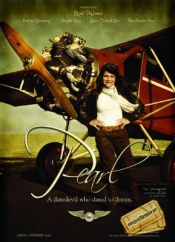 It was my great pleasure to watch expressions on the faces of several of the ladies who sat on the front row: they were obviously entranced by heroines who included Mary Golda Ross, Cherokee, an Aerospace pioneer, and Eula Pearl Carter Scott of the Chickasaw Nation, who was the youngest licensed pilot in the United States. 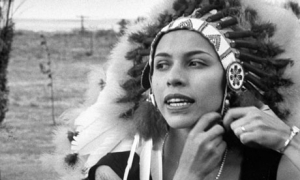 Prima ballerina, Maria Tallchief of the Osage Tribe, the audience would learn, danced with the Ballet Russe de Monte Carlo. Karen Louise Erdrich of the Turtle Mountain Band of Chippewa Indians was a Finalist for the 2009 Pulitzer Prize, and Dahteste, a Chiricahua Apache, fought fiercely with Geronimo's resistance band in an attempt to save Apache ancestral lands from increasing encroachment by Euro-American settlers. 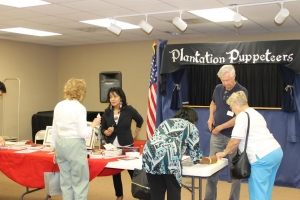 The hour-long presentation ended with a spirited Q-A period in which members of the audience received clarification on many of the misconceptions they'd had about Native America in general.  A book sale and signing of 100+ followed, and hand-made beaded book marks with the author  website embedded within  were given to each purchaser. The presentation ended with a drawing for door prizes, and a donation of a copy of 100+ to the Hoffman Library's reference collection,  and also to the Plantation Historical Society.