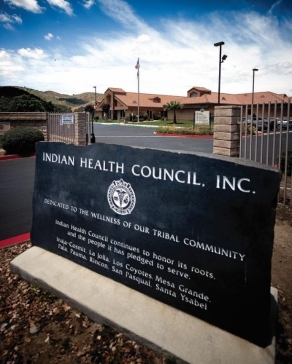 According to the report, $40 million in emergency aid approved by Congress, signed by President Donald Trump March 3 and earmarked to help American Indians fight coronavirus has not been distributed. Meanwhile tribal healthcare centers lack enough hospital beds and ventilators. Tribes have been offered expired respirators from the federal government.

That’s because Congress allocated the aid through the Centers for Disease Control, but the CDC claims it can’t distribute funds directly to Indian Healthcare Services hospitals or tribal-run health facilities. The CDC has balked at possible solutions and refused to answer questions posed by Politico. Even if the CDC frees up the money, since the legislation provided funds as grants, the lengthy process means even more delays before any protective gear can be distributed.

The Indian Health Services agency serves around 2.5 million American Indians and Alaska Natives, of whom over a quarter are uninsured. The number of ventilators for all Native American clinics nationwide is estimated between a handful and a few dozen; there is also a shortfall of ICU beds to handle a major outbreak in Indian territory.

As of Friday, there were four confirmed COVID-19 cases among American Indians including one death of a Cherokee Nation citizen in Oklahoma.

A severe shortage of tests has prevented tribal healthcare providers from learning how widespread the disease is among Native Americans. Even in Seattle, one of the U.S. cities hardest hit by a deadly coronavirus outbreak, one urban Indian clinic reportedly received less than a dozen test kits.

The National Indian Health Board, in a survey published earlier this week, reports only 16 percent of tribal leaders, Indian healthcare providers and partners had received any federal resources to help battle the coronavirus and only four percent had received any protetive equipment.

“We’re already the poster child for the most vulnerable populations in this country,” said Stacy Bohlen, the CEO of the National Indian Health Board, which represents tribal governments. “This is not the place you want to skimp on resources if you want to hold the tide on this disease.”