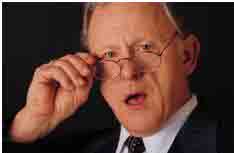 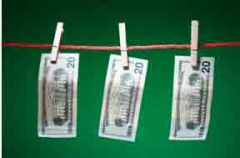 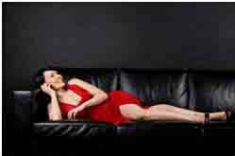 December 27, 2009 – We’ve made our list and checked it twice, finding out who’s been naughty or nice. Below is our list of “naughty newsmakers” who made headlines for antics that were seamy, steamy, or just plain unseemly. Some of these folks from San Diego’s eastern region accomplished good deeds in their careers before finding themselves in hot water, making one wonder: just what were they thinking? For those who made this year’s “naughty” list—from Tiger Woods’ mistress to ethically challenged politicians to a dethroned beauty queen--we couldn’t resist also offering some good-spirited advice for New Year’s resolutions.

Carrie Prejean, dethroned beauty queen – She won the Miss California USA pageant while attending San Diego Christian College in El Cajon. Prejean was stripped of her crown after topless photos were published online, though she insisted her dethronement was due to her support of Christian family values and comments opposing gay marriage. Prejean sued pageant officials—but dropped her lawsuit faster than her swimsuit top when a racy video surfaced that she admitted she’d “sex-texted” to her boy friend. If Prejean wants to champion moral values and undo her over-exposure in the media, we suggest she start by investing in some modest Christian undergarments: http://www.modestapparelchristianclothinglydiaofpurpledressescustomsewin...

Stephen L. Weber, president, San Diego State University – He’s the Grinch who stole a college education from many deserving local students. Weber, blaming state budget cuts, announced that SDSU is eliminating guaranteed admission for local students even though they meet California state university requirements. In East County, thousands of war refugees have boosted the number of people seeking low-cost education, but community colleges are straining at the seams. Cutting off affordable local education opportunities for good students in need puts Weber on our “naughty list” for 2009. We hope he resolves to change his mind and restore local student admission guarantees admissions in 2010.

Assemblyman Joel Anderson - Anderson (R-Alpine) accepted funds laundered through Republican Central Committees in excess of legal campaign contribution limits, including hefty donations from Hamann Construction family members, Sycuan and Barona Indian bands, and Sempra Energy/SDG&E. Caught with his hand in the proverbial cookie jar, he refunded $100,000 and paid a $20,000 fine levied by the Fair Political Practices Commission. Anderson blamed his lapses on complex campaign finance laws. But as a seasoned former fundraiser for Senator Dennis Hollingsworth and past county co-chair of the Bush-Cheney presidential campaign, Anderson should have known better.  For 2010, we propose he resolve to read campaign finance laws--or hire an accountant who will.

Jeff Schemmel, SDSDU’s ex-athletic director – He used state funds to fly his mistress along on a trip to Alabama. But when her hubby filed for divorce and subpoenaed public records, the athletic director's unsporting actions were revealed. He resigned in disagrace--but not before negotiating a settlement that included payment to Schemmel of $116,059 and $20,000 forgiveness of a home loan --making taxpayers the big losers. We hope Schemmel finds his conscience and resolves to return those funds to our cash-strapped public university.

SDG&E – The utility and its parent company, Sempra Energy, threatened to sue victims of wildfires that were started by SDG&E’s powerlines. Sempra also threatened to shut off power to backcountry communities during times of high fire danger. The company pushed the Public Utilities Commission to approve Powerlink without bothering to notify planners or fire officials in Lakeside, who have since voiced concern that Powerlink would impede firefighting efforts in the very area where the Cedar Fire began. Now SDG&E is pushing to commence construction even before the Cleveland National Forest’s director’s deadline to decide whether Powerlink can be run through the l forest—a vital step for the line to be completed. Sempra should resolve to have its leaders take an anti-bullying course.

Councilwoman Marti Emerald – The former TV Troubleshooter found herself in trouble with the City Ethics Commission for late reporting of bonuses paid to her campaign consultant and fundraiser.  Now she could face fines totaling $10,000 for the omissions.  Emerald should resolve to pick up some personal planner software--with automatic reminders of important deadlines before her next election campaign.

Jeffrey Edward Nelson – It took a jury just three hours to convict Nelson of kidnapping, beating and torturing a 76-year-old La Mesa woman, whom he held in a car trunk for 26 hours. The elderly victim was saved by a Sheriff’s deputy who pulled over Nelson and two accomplices on a traffic violation. Nelson will be sentenced in February. The former door-to-door vacuum cleaner salesman should resolve to spend his years behind bars regretting his dirty deeds. 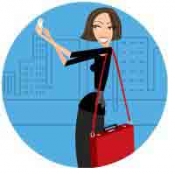 Jamie Grubbs – A cocktail waitress and graduate of Escondido High School, Grubbs told US Weekly magazine that she carried on a torrid 31-month affair with golfing Lothario Tiger Woods, who is married and has young children. She claims to have X-rated text messages and photos as proof. Let’s hope she resolves to spare Tiger’s family more embarrassment--and finds a single guy to fill her narcissistic need for attention.

Santee Councilman Brian Jones – Jones cast the deciding vote in a 3-2 approval of a controversial cable ski park at Santee Lakes. He failed to recuse himself and forgot to inform residents that he took $1,500 in donations from the developer and the director of Padre Dam, the two principal backers of the project, during Jones’ failed run for Congress. Jones’ New Year’s resolutions should include an apology to voters and enrollment in a memory improvement course.

Supervisor Bill Horn – The Golden Door Spa in Escondido has accused Horn of illegally communicating with developers of the controversial Merriam Mountains project to warn them that Supervisor Roberts, a supporter, was out of town. Public documents reveal that Horn urged developers to delay the vote until Roberts returned-- a violation of County ethics rules. Horn, whose district stretches from the coast eastward to Borrego, should resolve to refrain from any further ”Hornswaggling “in 2010—or consider a lucrative new career as a lobbyist.