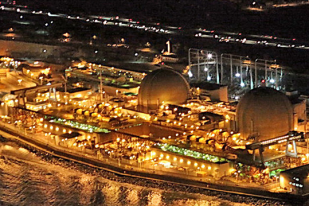 December 6, 2017 (San Diego) — New research by Public Watchdogs reveals that the Navy warned the California Coastal Commission four days prior to its vote on October 6, 2015  that  the Commission "lacked the jurisdiction" to grant Southern California Edison a permit to bury nuclear waste just 108 feet from the beach at San Onofre State Beach Park.

The warning, authored by U.S. Navy Captain W.L. Whitmire, states “the SONGS site is on Department of Navy land. The letter states “the SONGS site, on the other hand, is under exclusive Federal jurisdiction, where state law generally does NOT apply.”  It also warns the Commission that ignoring federal jurisdiction may result in the Navy requiring the complete removal of the nuclear waste dump at San Onofre. The Navy’s position is fully consistent with two precedent setting lawsuits also referenced within the Navy’s warning.

Public Watchdogs’ Board Member William Weigel, Jr., a retired Judge Advocate of the U.S. Air Force, stated at Edison’s November 2nd Community Engagement Panel (CEP) meeting, “The only authority the Navy has was granted to it in 1963 under Public Law 88-82 in August 1963. It allowed (the Navy) to negotiate a lease for a nuclear power plant – that’s it.”

The letter was written during the Obama administration, before Donald Trump took office and purged regulatory agencies of environmentalists, stacking key federal posts with industry-friendly regulators.

The Beachfront Nuclear Waste Dump, also known as an “Independent Spent Fuel Storage Installation,” or “ISFSI” was completed in November. Edison says deployment of the nuclear waste dump is imminent.

Starting this month, the dump will begin to store canisters of hot radioactive waste, deadly to all life for more than a quarter-million years, in containers that are guaranteed to last only 25 years (get a copy of the manufacturer’s warranty).

On November 17th, Public Watchdogs filed a lawsuit in federal court to sue the U.S. Government, the Departments of Defense and Navy, Edison and SDG&E to prevent the burial of nuclear waste on the beach at San Onofre State Beach Park.

Good for the Navy in warning off the idea of radioactive waste on a popular beach with rising sea water and some of the most dense population in the country. I don't think anyone wants to try to evacuate Southern California, and a fifty mile radius is close to a substantial amount of Southern California!