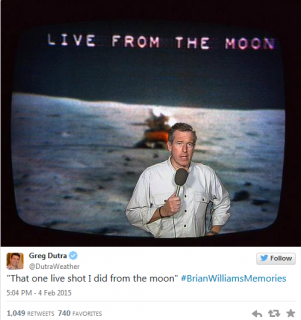 February 8, 2015 (San Diego’s East County) – Journalists know that in  the news business, credibility is everything.  Former CBS news anchor Walter Cronkite was known as the most trusted man in America.

But now Brian Williams, news anchor at NBC TV, has come under fire after apologizing for claiming he was in a helicopter struck by enemy fire in Iraq when others at the scene disputed the story. His recollections of occurrences during his coverage of Hurricane Katrina have also been cast into doubt.  Williams has announced he will take a few days off as the firestorm grows, fueled by ridicule on social media.

The Twitter hashtag  #BrianWilliamsmisremembers  is abuzz with Photoshopped images of Williams boasting of roles in various historical events, to the amusement of the Twittersphere and doubtless the chagrin of NBC. Below are a few of the more creative examples: 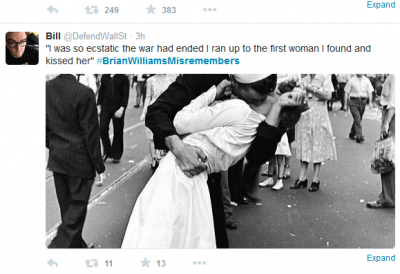 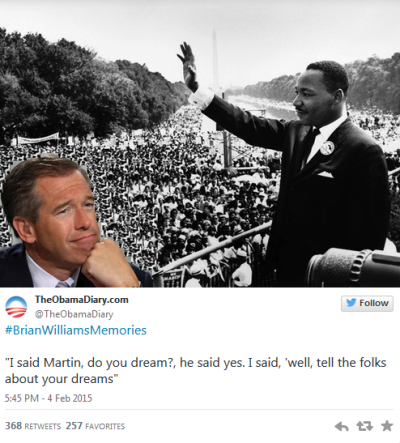 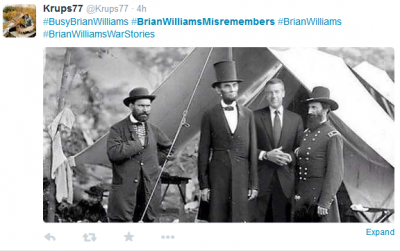 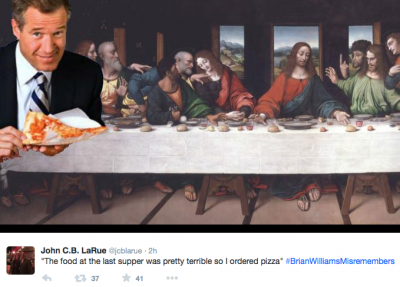 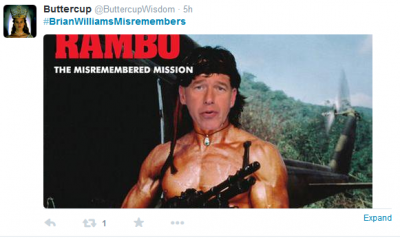 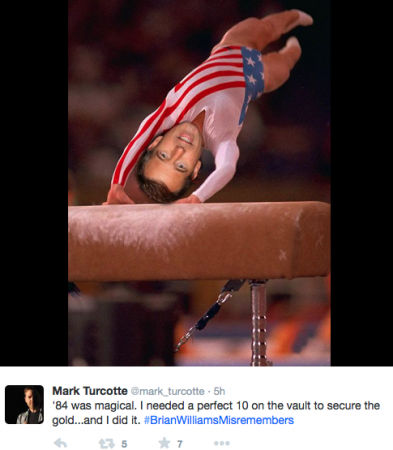 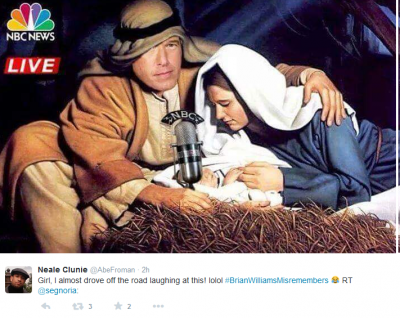 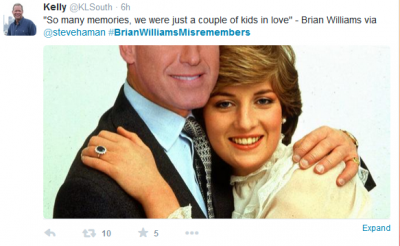 ....it's confirmed two now.....his reporting from New Orleans during Katrina talked about a body floating by his hotel room....when the area he was in was dry, and in fact, was where several agencies set up because it was unaffected. This is the tip of the iceberg. Stop protecting him just because he is liberal. The man is an out and out liar.
One faux pas during a stellar broadcast career does not tarnish his credibility or reputation. Why did you post the creepy images? Poor taste.