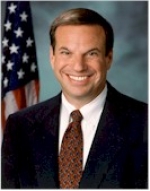 “The construction industry in San Diego County has been particularly hard-hit by the recession. It is critical that Congress ensure CALTRANS and local governments act quickly to spend federal stimulus funds and create jobs in San Diego County,” stated Congressman Filner. “On the Transportation and Infrastructure Committee, we have been keeping track of every dollar that has been allocated, holding states and local government accountable.”

Funding allocated ranged from less than $2 million in Duncan Hunter’s 52nd Congressional district to a high of over $110 million in Darrell Issa’s 49th district. Filner’s 53rd district was allocated over $26 million, while $22 million has been allocated to Susan Davis in the 51st district and more than $12 million to Brian Bilbray’s 50th district. In addition, several area-wide projects have been allocated approximately $73 million including renovations of trolley tracks, stations, and a transit center. To view the full list of projects that have been announced in San Diego County to date, click here.

The Committee has also published a complete list of all announced projects on-line at: www.transportation.house.gov.

Based on the data reported by States to date, the 7,886 highway and transit projects that are underway nation-wide have created or sustained more than 210,000 direct, on-project jobs. Direct job creation from highway and transit projects has resulted in payroll expenditures exceeding $1.1 billion. Using this data, the Committee calculates that $179 million in unemployment checks have been avoided as a result of this direct job creation.

“Equally important as direct, on-project jobs, are indirect and induced jobs in the supply chain that have resulted from Recovery Act investments,” Filner stated. Indirect jobs include jobs at companies that produce construction materials such as steel, sand, gravel, cement, and asphalt, or manufacture equipment such as new transit buses. Total employment from these 7,886 highway and transit projects, which includes direct, indirect, and induced jobs, reaches nearly 630,000.

There are many jobs options provides by the employer to contractors. may be many people get benefits to this unbelievable opportunity.

It is a great offer has been given in this post.I really very glad and pleasure to find this.I have no a bit information about this funds.We can increase their fund by using further detail you should to visit
web analytics software