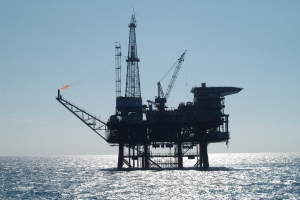 April 11, 2018 (San Diego) – The Trump administration recently proposed opening up virtually all of California’s coastline to offshore drilling, including waters off San Diego. But companies drilling for oil and gas off the southern coast of California have violated state regulations at least 381 times since 2015, according to state records obtained by the Center for Biological Diversity.

The violations range from major corrosion and other serious safety threats on offshore drilling platforms to a pattern of missing and failed well-integrity tests on four offshore drilling islands owned by the city of Long Beach.

“These violations show a disturbing pattern of neglect at offshore oil platforms near Southern California’s biggest cities and most famous beaches,” said Kristen Monsell, a Center attorney. “If this disrepair causes a well failure or an oil spill, marine life and coastal communities will pay a terrible price. It’s time to get this decaying infrastructure and the oil drilling that comes with it out of our ocean for good.”

The state’s biggest oil and gas producer, California Resources Corporation, operates Long Beach’s coastal drilling operations through its subsidiaries Tidelands and THUMS Long Beach Company. The three related entities have been hit with 293 notices of violation since February 2015, both in Long Beach and the nearby Huntington Beach Oil Field.

Two offshore drilling platforms operated by DCOR, LLC were found to be poorly maintained during state inspections in March 2015. Regulators found that all 42 wellheads on Platform Eva off Huntington Beach “have moderate to significant corrosion,” in violation of state law. On Platform Esther off Seal Beach, most of the 30 wellheads were found corroded, as were the valves and flanges, to the point where it could impair operation of the equipment, the report said.

The records, obtained by the Center through a public records request, also detail public safety threats from offshore platforms that were neglected by two companies as they filed for bankruptcy protection.

Rincon Island’s platform off Ventura County was found to be in a “severe state of disrepair” in April 2016 as the state ordered corrective actions “to prevent damage to life, health, property, natural resources.”

Regulators inspecting Platform Holly near Santa Barbara last year found evidence that Venoco had abandoned wells that needed to be plugged and remediated. The California Legislature is considering allocating more than $100 million in state funds this year to secure the Venoco and Rincon Island wells.

Most of California’s offshore drilling infrastructure was built in the 1960s and has already passed its originally intended life span. Much of it is failing.

Venoco filed for bankruptcy in 2016 following the 2015 Refugio oil spill that blackened Santa Barbara area beaches and killed hundreds of seabirds and marine mammals. That spill was caused by the rupture of a severely corroded onshore pipeline carrying oil from offshore platforms.

The city of Long Beach owns the THUMS offshore platforms and shares revenues from oil sales with the state, which also regulates the operation through California’s Division of Oil, Gas and Geothermal Resources. Its records often show long lapses with missing well integrity tests that are required by state law at least every five years.

Most of the missing and failed well tests in the THUMS notices of violation were for underground injection wells, which are used to stimulate oil and gas production and help prevent the land subsidence that has caused billions of dollars in damage to Long Beach.  Drilling wastes contaminated with toxic chemicals and heavy metals can be injected into these wells, which state law requires to be enclosed and able to withstand pressure so that the ocean and freshwater aquifers don’t get contaminated.

“Offshore drilling is dirty and dangerous work,” Monsell said. “It’s even more dangerous when toxic chemicals are being injected into wells that fail or lack safety tests and could contaminate our marine environment.”

The Center for Biological Diversity is a national, nonprofit conservation organization dedicated to the protection of endangered species and wild places.

Yes, sometimes there are globs of tar on the beaches - from natural oil seepage. In fact, the Chumash Indians collected and used it to waterproof their canoes (seams) for ocean travel to the Islands long ago. When the oil wells themselves have big leaks the environmental damage can be catastrophic! We need and rely on oil to be sure, yet the more offshore drilling that is allowed, the higher the risk of a massive, widespread disaster. It's bad enough onshore, (made even worse with modern day fracking) we don't need to add more risk to Mother Earth. We have only one planet to live on for many generations to come, and sadly it is being methodically destroyed every day. I often wonder what our home will be like in another 100 to 200 years. A nano second in earths time for sure.

I walked on the beach in the 1960's and there were globs of oil/tar from seeps in the ocean, not from wells or drill rigs.

In 1969 there was a huge oil spill off the coast of Santa Barbara which polluted the beaches of Santa Barbara and Ventura counties, and lasted for many days. I was a young man at the time, but still recall the effects that incident had on the environment. Turning beautiful beaches into gooey masses of oily substance that clung to everything. The sand, animal life, one's bare feet, etc., nasty stuff.

I lived in Santa Barbara from 1977-79.  The oil was still washing up on the beaches.  You had to keep terpentine at home to clean the black tar off your feet. Once I swam in the ocean and got clumps of it in my hair that had to be cut out.  This was a nearly a decade after the spill.  This is why I majored in environmental studies -- hoping such things would never happen again.  (I felt a calling -- given that the very first Earth Day was in the '70s, too, and is always on my birthday!)