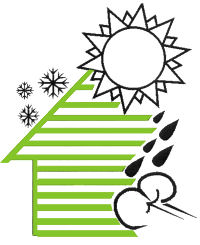 “I am pleased to announce today that California has surpassed our goal – three months ahead of schedule – and can now reach even more families in need,” said CSD Interim Director John A. Wagner. “I appreciate the commitment of our local service providers to the successful implementation of this program and working to ensure as many low-income Californians as possible benefit from the availability of these resources during these challenging times.”

Funded under the U.S. Department of Energy (DOE), weatherization is a long-term solution to reduce the high energy burden faced by low-income families, who can pay more than 14 percent of their income on energy, where moderate-income families only spend 3.3 percent.
Weatherization includes installing energy efficiency upgrades to a home such as adding insulation, sealing ducts, and installing more efficient appliances, windows, heaters, and cooling systems. On average, weatherization reduces energy consumption for low-income families by up to 35 percent, saving families more than $400 on their heating and cooling bills in the first year.
“This program made a big difference in my life,” said Steve Morgan, a resident of North Sacramento who benefited from the DOE ARRA weatherization program last summer. “I haven’t had a working heater in my home for many years, and my grandchildren could never come visit me in the winter because my house was too cold.  Now that I have a working heater, I’m so excited that they can come to my home this year.  I want to thank the Community Resource Project for the phenomenal work they did to my home. They not only increased my comfort level, but my self esteem as well.”
CSD partners with 39 local nonprofit and public service providers throughout the state to deliver weatherization services to low-income households under ARRA. The Community Resource Project (CRP) provides weatherization services in Sacramento, San Mateo, Sutter and Yuba counties.
“The weatherization program not only increases the comfort of the clients we serve, but it also helps struggling families keep more of their hard-earned money, by making their homes more energy efficient,” said CRP Acting Director Joan Graham. “We’ve seen the immense impact this program can have on people who are stretching their dollars as far as they can in this economy. We’ve even had an elderly client who is on a fixed income tell us that she’s now able to pay for her medicines because she’s saving money on her heating bill.”
ARRA provided $5 billion nationally for the weatherization program, of which California was awarded $185.8 million. Production under the DOE ARRA WAP grant was originally scheduled to end on March 31, 2012. However, with the help of California’s leadership, DOE recently announced it will grant states a production extension unique to each state’s production and expenditure levels. California first requested an extension on the DOE ARRA grant last July. In addition to seeking an extension, CSD has undertaken several efforts to ensure California is successful in fully implementing the ARRA weatherization program.