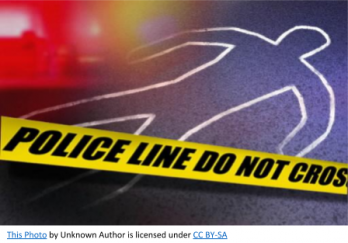 By Miriam Raftery
March 17, 2019 (Potrero) – A Potrero resident was found dead in his residence in the 25700 block of Potrero Valley Road this morning with signs of trauma to his body.
A concerned neighbor who hadn’t seen the man in several days looked through the window shortly after 11 a.m. and saw him lying on the floor, then called 911. Sheriff’s deputies responded to assist fire department personnel.

They found they man, who appeared to be in his 40s, deceased with “signs of trauma to his body,” according to Lieutenant Michael Blevins with the Sheriff’s Homicide Unit, which is handling the investigation.

Anyone with information on this death is asked to call the Sheriff’s Homicide Unit at (858) 285-6330 or after hours at (858)565-5200. You can remain anonymous by calling Crime Stoppers at (888)8477.
The County Medical Examiner will conduct an autopsy to confirm the cause and manner of death. The victim’s identify has not yet been released pending notification of family.