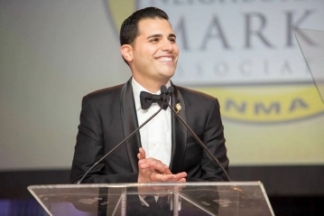 February 19, 2017 (San Diego) – Over 1,200 attended Friday night’s Neighborhood Market Association (NMA) banquet at the Manchester Grand Hyatt. NMA’s Mark Arabo used the night to honor the diversity of its members, and declare the NMA the first ever “sanctuary association” in the nation.

The NMA serves as a small business association predominantly representing Chaldean Christian-owned grocers and small businesses in San Diego County.  The decision to declare the NMA a “sanctuary association,” came amidst the sweeping immigration overhaul by President Trump.  Many elected officials from around the nation attended the event, including former Mayor of Los Angeles and current gubernatorial candidate Antonio Villaraigosa.

“Last night we were honored to have over 1200 attendees at our annual NMA Banquet ceremony,” Arabo, who is also president of the Minority Humanitarian Foundation, stated on Saturday. “We had the chance to celebrate our diversity and our plans for the future. We also used the banquet to stand with our brothers and sisters facing deportation at the hands of President Trump. We are pleased to announce that the NMA will be the first ‘sanctuary association’ in the nation.” 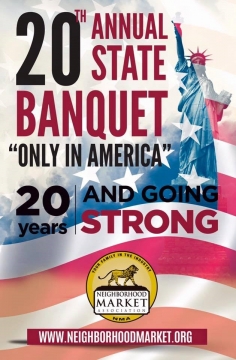 He concluded, “My message to those facing possible deportation is clear: You have a home in the NMA, you have work in the NMA, and you have hope in our family. I have begun to establish working relationships with many of our member small businesses to ensure that the facilitation of work is done through both our association and our member businesses.”

The banquet’s theme, “Only in America,” celebrated the success stories of immigrants in the NMA, now celebrating its 20th anniversary.