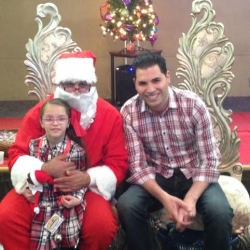 December 16, 2014 (El Cajon)--The Neighborhood Market Association held its sixth Annual NMA Toy Drive for disadvantaged  youth around San Diego on Sunday at the Crystal Ballroom in El Cajon, raising  over 7,000 toys that were given out to thousands of children throughout the community.

CEO and president  MarkArabo,  a San Diego businessman, community activist, and national spokesman for the Iraqi Chaldean Christian community has led the toy drive for the last six years. 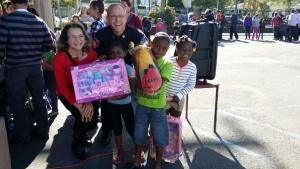 He says, "The NMA Toy Drive is our most special event held throughout the year," adding that the preparation took months, working with community leaders and the public. 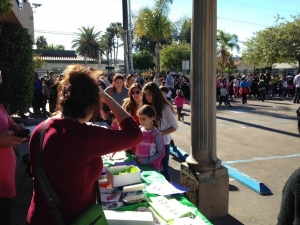 Each year the toy drive has become stronger, raising more toys for thousands of local children because, Arabo says, “There should never be a Christmas without toys, and there should never be a family who, for whatever situation, is unable to provide their children with gifts for the holidays. I am humbled to see our community step up and support those who are in need of it most. "