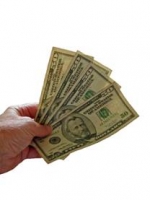 June 11, 2014 (San Diego)-- On the heels of Todd Gloria's minimum wage hike, Neighborhood Market Association President & CEO Mark Arabo has announced NMA's opposition to a $13.10 minimum wage proposal.  In addition,  NMA leadership is considering the proposal of a Todd Gloria Tax Day, where “our member stores implement sales prices that would accurately reflect that of the minimum wage hike,” Arabo stated in a press release.

"The Neighborhood Market Association, and all of our 700 San Diego member stores stand in firm opposition to Todd Gloria's `solution’ to kick start our local economy. No one working full-time should ever have to live in poverty. But the approach take by Councilman Gloria is an oversimplified solution to a complex issue. What we are asking is to not put small businesses out of business. It is our job to ensure that our local economy is handled fiscally responsible, and the type of legislation we see here is quite the opposite. Lets take a reasoned approach to bettering San Diego's small businesses, and middle-class families," said Arabo.

The NMA sees numerous viable options to consider that would benefit both the whole of San Diego, and small businesses in the city, Arabo concluded, adding, “This is round 1 in the NMA's continued fight against legislation whose final victims will be not simply small business, but working class families.”

The minimum wage raise  has been supported by Council Democrats and by labor groups, who contend that the living wage needed to cover essential living expenses in San Diego is substantially higher than the current minimum wage. Advocates contend that in cities that have raised their minimum wages, workers had more money to spend, much of which flowed back into local businesses to offset their higher cost of doing business.  San Francisco and Seattle are two examples of cities with minimum wages higher than their state minimum wage or the national level.

What are you talking about? First of all, Arabo represents over 2,400 small businesses; he is for the best interest for his community. Mark Arabo supports the minimum wage increase. He supports Gov. Brown's plan for the minimum wage. An exception for small businesses on the minimum wage is reasonable because it is irrational to compare the strength of small businesses on razor thin margins to the strength large corporations that can support an increased minimum wage for their employees. How about you check the internet before making baseless accusations. Sources:neighborhoodmarket.org; MarkArabo.com; facebook.com/neighborhoodmarket
Someone should ask Mr. Arabo what the employees of his 700 stores think about the wage increase. Is it possible that they don't care because many of them are paid under the table? Or that many of them are illegal? Or that many of them have unsafe working conditions? Mr. Arabo is against the hike because he and his business owner friends want more money in their pocket and less in their employees.