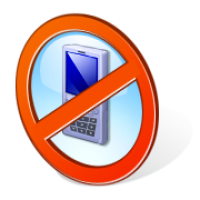 January 28, 2014 (San Diego's East County) - Bullying amongst pre-teens and teens happens everywhere. Social media has made it really easy for bullies to harass and stalk their victims without suffering any repercussions. 32% of bullying victims engage in “self-harmful” behavior.

Now a  new app for consumers and school districts  has been launched that allows students to report cyber bullying anonymously to school officials and local authorities called STOPit.

SIGNS THAT POINT TO BULLYING PROBLEMS:

·         Sudden loss of friends or avoidance of social situations

·         Appears nervous or jumpy when an Instant Message, text message, or Email appears

·         Appears to be angry, depressed, or frustrated after using phone or computer

·         Self-destructive behaviors such as running away from home, harming themselves, or talking about

Launched in December of 2013, STOPit is the first app of its kind that puts the power in the hands of cyber savvy kids to take a stand against cyberbullying and stomp out this devastating epidemic. With mobile devices being the #1 most used instrument of harassment, the app offers protection for kids and peace of mind for parents STOPit is easily installed on Apple iPhone, iPod Touch, iPad, or Android smart phones.