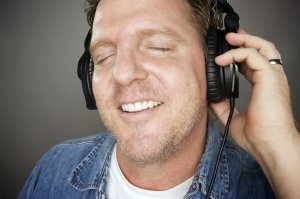 September 24, 2014 (San Diego’s East County)--Imagine being blind and having a device that can take photos of text on ordinary items, such as menus, ballots, store signs or classroom materials – and then read them to you out loud.  It sounds like science fiction, but a brand new app for Apple’s iphones can now do just that.  It can also convert the text to Braille.

Reuters reports that the K-NFB reader app is drawing rave reviews after its debut this week. It’s being hailed as a life changer for the blind, the result of a partnership between the National Federation of the Blind and Ray Kurzsweil, a senior Google employee and artificial intelligence scientist.

Though currently only available for iPhone users, the app will soon be available for Android phones as well.  Next up, Kurzweil says he may also create a version of the app for Google Glass, eyeglass frames that may soon be able to take photos, record video and play back sounds for the blind.

The first version of Kurzweil’s reading machine was as big as a washing machine and cost $50,000.  Today’s new smart phone ap costs just $99—and it can translate in several different languages, all at near-lightning speed.