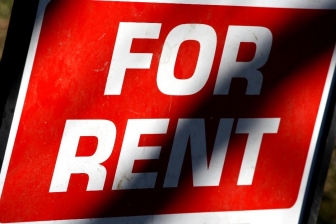 Law applies to apartments over 15 years old, but mobile homes are not included. Many condos and single family homes are also exempt

Starting January 1st, it will be illegal for many landlords in California to raise rents by more than five percent a year plus the local inflation rate (as measured by the Consumer Price Index).  San Diego’s inflation rate was 2.8 percent from January to June.

Rent is capped at a maximum of 10 percent regardless of inflation.

The new law aims to provide protection for renters against steep rent hikes in a state that has the nation’s second highest poverty rate, according to the U.S. Census Bureau, as well as a large homelessness problem.

There are exceptions for cities that already have rent control, but none of the cities in East County have any rent control laws.

Who is covered, and who is not?

Rent hikes will be based on rental rates as of March 15, 2019, to protect tenants against landlords who may have spiked rents in anticipation of the bill’s passage.

The new law does not apply to mobile homes or owners of mobile home parks.

Condominiums and single family homes will be exempt, except for those owned by a corporation or a real estate investment trust.  Duplexes are exempt if the owner lives in one of the units.

Besides rent caps, the new law includes other protections for renters including:

Assemblyman David Chiu (D-San Francisco), author of the bill, says the new law is needed because, “Millions of California renters are just one rent increase or eviction away from experiencing homelessness. Just because someone rents doesn’t make them any less worthy of having a stable home.”

Chiu has avoiding calling the bill’s requirements rent control, instead positioning it as preventing rare instances of rent-gouging.

For some, the bill does not go far enough. In El Cajon, for example, mobile home park renters complaining of rent hikes will get no relief from the bill, since mobile homes are exempted.

The Southern California Rental Housing Association, which opposed the bill, by contrast thinks it goes too far.  The organization claims the new law could “destabilize rents as it creates disruption in the marketplace, especially for long-term tenants who typically see minimal rent increases,” according to executive director Alan Pentico.

“This law could actually lead to more rent increases because it sets up a ‘use it or lose it’ system for property owners,” says Pentico. Many property owners today choose to keep rents stable for quality, long-term tenants. They prioritize the long-term relationship over short-term cash gains”

Although the bill has no requirement for any rent increases, Pentico claims, “Under this new law, they will be forced to raise rents by the maximum allowed by law, or otherwise miss out on the opportunity to align their rents with the market.”

The association also objects to the bill making it harder to remove “bad tenants.”  In addition, a press release issued by the group notes, “Also of great concern, the bill does not create a single unit of housing and may cause many existing owners to divest, exacerbating the rental housing shortage.”

The bill will sunset, or expire, in 2030 if the Legislature doesn’t renew it.