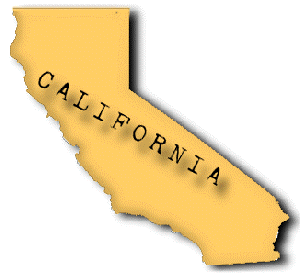 Here are some of the most significant measures taking affect this year.

Online reviews and opinions:   A new law protects consumers who post complaints online about products or services. Under the new law, non-disparagement clauses have been declared unenforceable.   Companies had used these hidden clauses, often buried in product purchase agreements and coupons, to prohibit consumers from complaining online and to seek huge financial penalties against consumers who griped about companies on the Internet, such as through negative reviews on Yelp. Now you can gripe all you want-- and companies can’t cite a non-disparagement clause to sue you.

Sex offenders:  A paroled sex offender will go back to jail for 180 days if the offender fails to report for getting a GPS monitoring device or tampers with the device to make it inoperable.

Juveniles:  Juvenile offenders who complete all court requirements will automatically have their records sealed.

DNA:   Prisoners who want a DNA test now only need to show that testing is relevant to their case, not prove that it would exonerate them.

Truancy:  Kids can’t be thrown into juvenile detention solely for truancy from school.

Veterans:  Courts can set up a diversion program for veterans or active-duty military personnel who commit misdemeanors and suffer from service-related trauma or drug abuse.

Allergic reactions:   All public schools must have epinephrine injectors so that trained administrators, teachers or other personnel can quickly administer to a student suffering a severe allergic reaction.

Students’ social media sites: School districts can’t collect info on students from social media sites, except for info involving the safety of students or school safety.  Parents must be allowed to review and correct any info collected.

Student moms:  Public universities and colleges in California can’t force graduate students to take maternity leave if they’re pregnant.  If a student does take time off for pregnancy, she must be allowed to return in good standing.

Yes means yes:  Public colleges and universities must educate students to understand that sexual relations requires consent. If one party is silent, doesn’t resist, is drunk or passed out, the act can be prosecuted as rape.

Violations:  A residential care facility that has been cited for violations that risk health and safety of residents can be blocked by the state from admitting new patients. In addition,  elder care facilities must remedy license deficiencies within 10 days of notification.  Another new law requires that a carbon monoxide detector be installed in every community care facility.

Absentee ballots: If you mail your ballot on Election Day and it arrives within three days, it must be counted. Previously ballots had to arrive at the Registrar of Voters by Election Day.

Sick pay:  Employers must now offer sick time for workers, including full-time, part-time, seasonal and migrant workers.  Workers will earn one hour of sick pay for every 30 hours worked, up to certain limits. This law takes affect July 1st and is also intended to protect public health by allowing workers to stay home when ill, especially in fast-food and other food-handling businesses.

Plastic bag ban:  A new aimed at protecting oceans and wildlife from plastic contamination bans plastic bags at grocery stores should take affect July 1, but the plastic industry is trying to put a measure on the ballot that could overturn the ban.

Fracking: Oil and gas companies must report how much water is used in drilling operations utilizing hydraulic fracturing, or “fracking.”

Gun restrictions for dangerous individuals:  Two new laws resulted from the massacre in Isla Vista, where six University of California, Santa Barbara students were killed and 13 others were injured. Police had been called by family to check on the shooter but did not know he had guns.  A new law allows police or family members to seek a restraining order that bars a person deemed dangerous from  owning firearms for 21 days. Another new law will require law enforcement agencies to encourage officers to check a state database of gun ownership before checking on a potentially dangerous person.

Fruits and veggies:  You can now grow your own fruits and vegetables in portable containers at your apartment or condominium—and your landlord can’t prohibit your container gardening.

Driver’s licenses:  Undocumented immigrants can now apply for driver’s licenses under a new law that could impact 1.3 million people. The goal is to assure that anyone driving in the state knows the rules of the road and has insurance, improving public safety.

Drones: Aerial drone owners can be prosecuted for invading your privacy if they photograph or record you in a private setting.

Dogs:  You can now take your dog to a restaurant’s outdoor patio, unless the restaurant objects.  The patio must have a separate entrance, dogs must be on leashes, and you can’t put Fido on the table or chairs.

Corruption:  Politicians convicted of taking bribes will have fines doubled and can’t use campaign funds to pay fines. The statute of limitations for prosecuting public bribery has also been extended.

Smartphones will now include kill switches that can be activated if your phone is stolen.