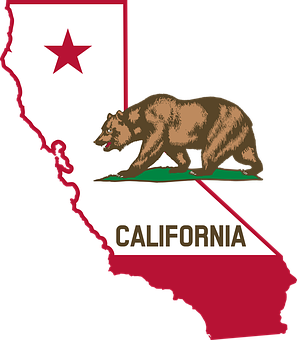 December 27, 2016 (San Diego’s East County) – California has hundreds of new laws taking effect in on January 1, 2017, impacting employment, education, gun rights, health, housing, criminal justice, consumers, motor vehicle drivers, elections, youth sports, and more. Here are some of the most important new laws you should know about before ringing in the New Year:

Booze service at barber and beauty shops:   Beauty parlors and barber shops can now serve up to 6 ounces of wine or 12 ounces of beer to customers, provided it’s free; selling is prohibited under AB 1332.

Alcohol at nonprofit events:  AB 2193 allows an ABC licensee to sponsor or participate in an event held by, and benefitting a nonprofit corporation in which retail and nonretail licensees are sponsors/

Rental cars:  Rental car companies can no longer rent out a vehicle that’s been recalled, until it’s been fixed.

Background checks for Uber and Lyft drivers:  Ride-hailing services such as Uber and Lyft will have to conduct more expansive background checks. Companies are now prohibited from hiring drivers with convictions for violent crimes, driving under the influence of alcohol or drugs, domestic violence, or sex offenses. Companies found to violate the law can be fined up to $5,000 per driver.

Sex trafficking victims:  Minors working as prostitutes will be treated as victims, not criminals, under a package of new criminal justice laws, including Senate Bill 1322.

Rape:  SB 813 eliminates the statute of limitation for rape cases, allow future rape victims to file cases no matter how many years have passed since the crime occurred.  Though inspired by the many women who have accused entertainer Bill Cosby of rape, the law won’t be retroactive, meaning Cosby is safe from decades-old allegations under California’s criminal statutes.

Date rape:  You can be prosecuted for a felony if you possess date rape drugs with the intent to commit sexual assault, under SB 1182. Another measure, AB 2888 mandates a prison term for sexually assaulting an unconscious person.  The bill was prompted by outrage over a light sentence for a Stanford student convicted of assaulting a passed-out female.

Asset forfeiture:  State and local law enforcement can’t keep seized property such as vehicles or homes without obtaining a conviction, provided the property is worth under $40,000, according to SB 443.

Ballot selfies:  It’s no longer a crime to take a photo of your completed ballot or to post it online, due to AB 1494.

Felons voting:  Low-level offenders serving felony sentences outside of prison will retain the right to vote, under AB 2466.

Equal pay for women:  Your employer can’t pay a woman less than a man due to her prior salary, thanks to AB 1676.

Selling signed memorabilia:  Dealers selling autographed books, art or memorabilia for $5 or more will have to provide a certificate of authenticity under AB 1570.

Assault weapons:  Senate Bill 880 and Assembly Bill 1135 expand California’s assault weapons ban to crack down on a quick-reloading device called a “bullet button.”  The new laws ban sale of semi-automatic, centerfire rifles or semi-automatic pistols that don’t have a fixed magazine and which also have at least one of certain other features. The ban includes the AR 15.  If you have a gun with these features purchased before January 1, 2017, you can keep it but must register it with the California Department of Justice.

Lending firearms: Loaning your gun to someone other than a family member is now a crime, unless you’re a hunting guide, under Assembly Bill 1141.

Bedbugs:  It’s now illegal for a landlord to show, rent or lease a vacant unit if they know if has a bedbug infestation.

Homeowner survivor bill of rights:  AB 1150 protects surviving family members from wrongful foreclosure after a homeowner dies.  The new law requires mortgage servicers to communicate with surviving homeowners (such as spouses, domestic partners, children or other heirs) on the process of assuming the mortgage, and enables surviving homeowners to sue lenders and servicers that fail to comply with the new law.

Experimental treatments:  AB 1668, the “right to try” bill, allows drug makers to allow access by dying patients to drugs not yet approved by the U.S. Food and Drug Administration. Patients must have exhausted other options including clinical trials and must have approval from two doctors.

Epi-pens:  Colleges, businesses and other locations can stock up on epinephrine auto-injectors, or Epi-pens, to save lives when people have severe allergic reactions, under AB 1386.

Limits on hands-free phones:  Motorists with pones mounted to the dash can only make a single swipe or tap, enabling drivers to use GPS navigation, while continuing restrictions on distracted driving under AB 1785.  The bill also makes clear that while texting is already illegal, you can’t use smart phones for other distracting activities such as surfing the net or mapping out your route while driving.

Kids in car seats:  Children under age two must be secured in rear-facing child safety seats, unless they weigh more than 40 pounds or are at least 40 inches tall.  Also, kids must ride in the back seat until they reach age eight.

State park landmarks:  After a Yosemite concessionaire claimed trademarks and forced name changes of famous landmarks, AB 2249 was passed to prevent any business with state park concession contracts from trade marking names associated with a California state park in the future.

Head injury prevention:  AB 2007 expands protections for school athletes to also include youth sports organizations.  Coaches must undergo training and keep any young athlete who may have suffered a head injury sidelined for the rest of the day and have them cleared by a health care provider before returning to play.