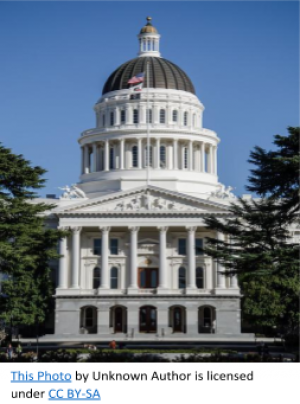 Here’s our rundown on the most important laws you should know about:

Taxes for people without health insurance:  California will start charging those who fail to buy health insurance by April 2021. A family of four would pay at least $2,000, providing strong incentive to get insured. Revenues raised will be used to provide discounts for middle-income people to make buying health insurance more affordable. Hefty subsidies are already available for low-income households.

MediCal expansion to cover more low income people:  If you earn below 138 percent of the federal poverty level, which is $17,200 per individual or $35,500 for a family of four, you’re eligible for Medi-Cal starting January 1 under new funding in the budget.

Got Medicaid?  Now you can get glasses:  Eyeglasses will now be covered for adults on Medicaid. Children are already eligible.

Healthcare for young immigrants:  California has expanded Medicaid to include low-income young adults ages 19 through age 25, regardless of immigration status.

Fewer vaccine exemptions: Doctors providing waivers of vaccine requirements must now report to a state database.  Doctors with five or more exemptions after Jan. 1 will have their medical decisions reviewed by the state.

Rent hike limits and renter protections:  Landlords can’t raise rental rates more than 5 percent a year, plus the rate of inflation (up to a max of 10 percent total increase), on properties older than 15 years. Stricter limits are still allowed in cities that already have rent controls.

Landlords can’t refuse to rent to low-income applicants with Section 8 housing vouchers.  A landlord can’t evict a tenant during a major remodel unless they waive the rent or provide payment equal to one month’s rent.  There are also new protections for those renting a year or more, making it harder for a landlord to evict the tenants.

Solar panels:  New homes built must have solar panels. However an exemption is allowed for home owners rebuilding after a wildfire or other disaster.

Local zoning:  A new law makes it harder for cities to downzone, or reduce density. Cities will also be limited on new building standards that raise the cost of construction on homes.

Crackdown on independent contractors: AB 5 aimed to crackdown on companies that rely on gig workers, such as Uber and Lyft. But its impacts is much broader, forcing many companies to convert independent contractors to employees, or quit hiring them. Several lawsuits have been filed challenging various aspects of the new law which affects many businesses, large and small, in California.

Minimum wage increases:  Starting Jan. 1, the state’s minimum wage rises to $13 an hour for employers with over 26 employees and to $12 an hour for companies with less than 26 workers.

Protection for workers settling claims:  Your employer can’t punish workers settling claims of sexual harassment, discrimination or other employment disputes by requiring a “no hire” clause in the settlement. The law aims to stop the practice of employers keeping harassers on the job while forcing victims to go elsewhere.

Binding arbitration banned in employment contracts: Your employer can’t make you give up your right to sue or file claims as a condition of being hired.

Hairstyle bias banned:  Workers and schools can’t discriminate based on the style or texture of your hair.

Charter school control:  School districts will have more power over creation of new charter schools in their boundaries. In addition, a requirement for charter school teachers to hold the same credentials as those in conventional public schools will be rolled out over five years.

School lunches:  Kids with unpaid lunch bills can’t be denied at least one alternative meal and can’t be shamed or treated differently than other students.

Unruly children:  Children in kindergarten through eighth grade can’t be suspended for being disruptive or defiant, starting in August. Schools will need to find other means of discipline.

College disclosure:  Colleges now have to disclose if they give preferential treatment to students related to donors or alumni, in the wake of the college admissions scandal.

Gender changes:  If a student has changed his or her gender on their government identification, schools must update records upon request to reflect the change in diplomas, transcripts and GEDs to avoid confusion in employment applications or other situations.

Power outages:  SDG&E must create plans to help those with disabilities in need of power during public safety shutoffs. The new law allows companies to provide backup resources of financial help to such customers.

Senior protections:  Caregivers will face stiff penalties if they abandon elderly people during a disaster, as occurred during a 2017 fire in Santa Rosa.

Election day voting:  Voters can now register on election day at the polls in March and November. You can also change your party registration to vote n a primary race.

Semi-automatic rifle restrictions: Youths under 21 can’t buy center-fire, semi-automatic rifles such as the one used at a Poway synagogue shooting. Adults can buy such rifles only once a month, starting July 1.

Gun violence restraints: Employers, co-workers and teachers will be able to seek a gun-violence restraining order starting in September, as families and law enforcement can already do.  If a judge approves the order to seize a person’s guns due to a threat posed to the individual or others, it can be renewed annually for up to five years.

Gun bans:  If you’re banned from buying a gun in any state, you can’t buy one in California, either.

Penalties for gun owners:  If a child or prohibited person takes your gun out of your home, you can be charged with a crime and banned from owning a gun for 10 years.

Deadly force:  Police, Sheriff and other law enforcement officers can only use deadly force when “necessary in defense of human life,” under a new law authored by Assemblywoman Shirley Weber in response to controversial deadly officer-involved shootings, some of unarmed individuals.

New rights for victims of fake sex videos and photos: You now have a civil right to sue if a fake sex video or photo with your image is distributed.

No copays for prisoners’ medical needs: Inmates in state prisons and county jails can’t be charged copays for medical or dental care or fees for medically necessary items.

Childhood sex abuse claims can be filed up to age 40:  A new law extends the statute of limitations on reporting child sex abuse to age 40, up from age 26.

Rape kits:  All rape kits must be sent to a crime lab with 20 days and tested within 120 days under  a law enacted to stop evidence of sexual assault from going untested for years.

Juvenile offenders: Offenders under age 12 must be released to their parents instead of prosecuted, in most cases.

Jurors:  Most former felons will now be eligible for jury service.

Pet adoption for veterans:  Shelters will now waive fees for pet adoptions to military veterans with a veteran designation on their California driver’s license.

Fur-trapping banned:  It is now illegal to trap any animal for sale or use of fur in California.

Bobcat killing:  Trophy hunting of bobcats is banned for at least five years (trapping is already illegal).  If the population recovers, hunting licenses may be issued, with permits.

Animal testing:  Cosmetics tested on animals can’t be sold in California, unless animal testing is mandated for products sold globally.

Croc and gator products:  Products made from crocodile and alligator skins are now illegal to import or sell in our state, though Louisiana has filed a lawsuit challenging the ban.

Circus animals:  Circuses are prohibited from using exotic animals such as lions and elephants. Only horses, dogs and cats may be used. Rodeos are exempt.

Drones and electronic surveillance:  Surveillance by drones or other devices is now illegal in areas where people have a reasonable expectation of privacy.

Those companies can’t sell data of anyone under 16 without consent.  People over age 16 can ask what personal information the company is retaining and ask to have it deleted. Companies must do so within 45 days. You can sue the company if there is a breach of non-encrypted information and the Attorney General may also levy fines.

Heterosexual couples who don’t marry can now register as domestic partners, a right initially provided only to same-sex couples before gay marriage was legal.

Local banks:  Local governments can form their own banks to handle taxpayers’ money, which could be used to fund local needs such as road repairs or housing.

Caps on loan sharking: You can’t be charged more than 36 percent above the interest rate set by the Federal Reserve on consumer loans of $2,500 to $9,999. Some companies were charging up to 225 percent, according to consumer advocates.

Microbead ban:  The state has banned plastic microbeads in products such as facial scrubs and toothpastes to reduce pollution of the ocean and other waterways, also protecting fish and wildlife.

Oil drilling:  After the Trump administration authorized offshore oil drilling along California’s coast, the state fought back by banning construction of pipelines over state-owned land.

Allergy protections:  Food handlers must receive training on major food-based allergens by the end of 2020. They must also wear non-latex gloves to prevent allergic reactions in latex-sensitive consumrs.

Re" The recent law to ban smoking in State Parks. HEY, Sleazeball Gavin Newsom, I will be out in Blair Valley in Anza Borrego State Park with my friends the last weekend of January, in our private campsite. Please send a Ranger (if you can find one ) to our campsite so he/she can watch us smoking our cigars. I will then tell that Ranger where YOU can shove my LIT cigar. Oh and thank you for giving Illegal Aliens better medical benefits than the people who LEGALLY belong here. Your an idiot! And I approved this message! C. Barranco Lakeside,Ca Soon in Arizona