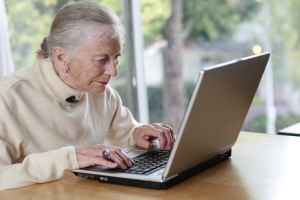 August 5, 2014 (San Diego’s East County)--Have you ever wondered just how effective those online petitions can be?  Do they really make a difference?

In the case of the food industry,  it turns out, online petitions are turning out to be highly effective tools for even a single customer of a company to spark a massive consumer uprising.  And that’s getting the attention of multi-national food giants that only a few years ago, might have responded with a form letter when a dissatisfied customer complained.  It’s also prodding government regulatory agencies to take action.

Politico reports that it all started with a Texas Mom and school lunch blogger launched a petition on Change.org  that persuaded the U.S. Department of Agriculture to ban lean finely textured beef—better known as “pink slime” from school lunches.

Since then, social media has enabled  online consumers to rapidly spread the word about new petitions – efforts that have persuaded Starbucks to stop using crushed bugs to make red dye for its strawberry Frapuccino and Kraft to eliminate chemical dyes from kids’ macaroni and cheese.  Similarly, Chick-a-Fil agreed to start buying chickens raised without antibiotics by 2019 and Chipotle was persuaded to list ingredients containing genetically modified ingredients on its website.  Several food makers are now eliminating palm oil or sourcing palm oil that’s sustainably grown, to help save rainforests and endangered orangutangs.

Consumers can now easily find more petitions to sign.  For instance, Care2 now has an entire section on the top consumer petitions, so concerned readers can dash off signatures to let their elected representatives or regulatory officials know their views on multiple consumer issues.

Food companies aren’t the only corporations changing their ways; Bank America dropped debit card fees  thanks to this new wave of consumers fighting back with legions of new-found online supporters. Plus companies now know that consumer petitions tend to attract media coverage—and no company wants to be making the news nationally for offering products that are harmful or offensive to consumers.