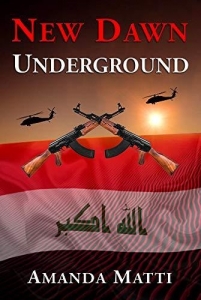 “If you'd like a signed copy, you can order those from my website at AmandaMatti.com,”says Matti, the author of three books, all set in Iraq.

New Dawn Underground is a counter-terrorism thriller about Elora Monro, a female CIA analyst who poses as a Washington Post journalist to infiltrate a terrorist organization in Iraq. She seeks revenge after the death of her fiance, a Delta Force member killed in a failed militant raid.

Prepared to sacrifice her life for her mission, Elora finds herself ensnared in a complex web of passion, violence, and political fallout after meeting Zaidan Al-Sadiq, the intelligent and brooding right-hand man to the militant group’s leader calling for revolution. She quickly learns that nothing in Iraq is ever black and white – and when she believes she has everything figured out, her world is once again upended.  Will she listen to what may be a voice of reason in her head, or follow her heart?

Matti’s first book, her Iraq War memoir A Foreign Affair, told the story of her 2005 deployment to Baghdad where she met her husband, an Iraqi national who served as her translator.

Her second book, Voicing the Eagle, chronicles her husband's story of working as an interpreter for U.S. forces in Iraq.  The book was a 2017 finalist in the San Diego Book Awards. 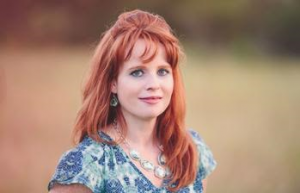 Learn more about Amanda Matti and her works at AmandaMatti.com.