March 25, 2012 (El Cajon ) – The body of Shaima Alawadi, the 32-year-old Iraqi mother of five who died following a brutal attack in El Cajon last week, will be flown to Iraq for burial. The Detroit Free Press reports that her father, Sayed Nabeel Alawadi, a Shia cleric, confirmed that the Iraqi government will pay for the shipping expense.

Her murder has sparked outrage around the globe--and a show of solidarity among students in distant places.

Shaima Alawadi moved Michigan from Iraq in 1983 with her family as a refugee during the brutal crackdown by then-Iraqi president Saddam Hussein.  According to the Detroit Free Press, she lived in Dearborn until 1996, when she moved to the San Diego area.

She graduated from a local high school, married and had five children. Her oldest daughter, Fatima Al Himidi, 17, found her mother mortally injured in the dining room of their home last week.  On Saturday,  the victim was taken off life support at a local hospital and died of injuries from the brutal beating she sustained, reportedly with a tire iron. 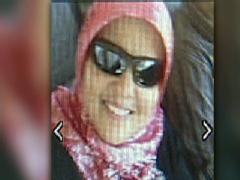 A threatening note had been left beside her body.  Family members have indicated the note called her a “terrorist” and told her to go back to Iraq.  A similar note left the prior week had been dismissed by family as a prank and was not reported to authorities.

Police have indicated they are investigating the murder as a possible hate crime, but have not yet ruled out other possibilities.

The U-T San Diego has reported that Alawadi’s husband has worked as a private contractor for the U.S. Army, serving as a cultural advisor training soldiers preparing for deployment in the Middle East. He was reportedly taking the couple’s younger children to school when the savage attack occurred.

“Everybody is outraged. This is too evil, too criminal,” Imam Husham Al-Husainy at the  Karbalaa Islamic Education Center in Dearborn said, the Detroit Free Press reported.

An estimated 40,000 Iraqi immigrants live in El Cajon.  Most are Chaldean Christians though some, including Alawai, are Muslim.

Alawadi has been described by family friends as a modest woman who wore the hijab, or traditional head scarf.

Some have likened her death to the killing of Trayvon Martin, an African-American youth shot and killed in Florida. Martin wore a hoodie, or hooded sweatshirt, and his death may have been racially motivated.

A new Facebook page, One Million Hijabs for Shaima Alawadi, includes a photo of college students dressed in hijabs and hoodies to stand in solidarity with the two young victims of violence: http://www.facebook.com/pages/One-Million-Hijabs-for-Shaima-Alawadi/137306256397032

But according to a U-T San Diego report this evening, Hanif Mohebi, executive director of the Council on American-Islamic Relations San Diego Chapter, has cautioned that people should wait to take action until police conclude their investigation.

“As much as we want to do something now,” Mohebi said, “we need to understand there is a family who has lost a loved one and they are coping with that. Our priority should be to help them cope emotionally or spiritually before taking action.”

It is such a sad story when someone is prejudged with such hateful generalizations, and then to lose a life over this is even more sad. How do we get soucha world with such stupidity and intolerance?