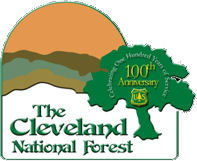 He has spent 20 years in management positions with Forest Service in Oregon, Idaho, North Carolina, Arkansas and Colorado.  He most recently served as the Natural Resource Liaison Officer for the Forest Service’s Job Corps National Office in Denver, Colorado.  He brings national and local wildland fire programs, and emergency response experience to the Descanso District.

“I see my role as the District Ranger as an opportunity to strengthen community relations, and to preserve and enhance the natural resources on the Forest”, said Christiansen.  “As the District Ranger, I have always felt the District is where the work gets done and where we best serve the public interest.  I look forward to working with all of our local partners and communities within eastern San Diego County.”
Christiansen holds a Bachelor Degree in Psychology and a Masters in Human Services.  He has received National Directors awards for Leadership (2007) and Civil Rights (2008).  In his free time, Christiansen enjoys boating, sporting activities and being outdoors.  He lives in San Diego with his wife Narcy.
Christiansen replaces Owen Martin as the Descanso District Ranger.  Martin transferred to the Chequamegon-Nicolet National Forest in Wisconsin as the Forest’s new Deputy Forest Supervisor in April 2011.