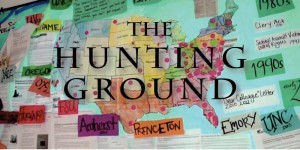 May 26, 2015 (San Diego)—A new documentary called ‘The Hunting Ground’ is shining a light on the increasing rate of campus rapes nationwide—and the failure of campuses to take action, particularly when the accused perpetrator is a college sports star.

The film is getting lots of attention.  Over 2,000 requests for screenings have been received by the filmmakers so far—and state officials are taking action. On May 13th, UC president Janet Napolitano and Attorney General Kamala Harris issued a joint direction to all state colleges requiring them to notify authorities when a sexual assault is reported.

New policies to implement cooperation between campuses and law enforcement must be in place by July 1st.  The move comes after revelations that only 12% of students who are sexually assaulted on college campuses actually report the rapes.

Moreover, the U.S. Department of Education’s Office of Civil Rights is investigating 111 colleges and universities for potential violations of federal law on their handling of sexual violence and harassment complaints.  Also, a report by the White House Council on Women and Girls described college students as “most at risk” for being raped.

“The Hunting Ground” tells the stories of several female students who sought justice but ran into roadblocks after alleging that they were sexually assaulted. The film depicts a culture of covering up or ignoring rapes—a culture prevalent among campus officials as well as law enforcement, according to the documentary film.

The problem has been particular severe for women who accuse sports stars such as Heisman trophy winner Jameis Winston, who was cleared of rape charges at Florida State University and filed suit for $7 million alleging he was falsely accused. He has since been drafted into the NFL by Tampa Bay.

I've removed the reference from our story, after learning the review cited in numerous news articles actually came from RogerEbert.com a blog that is not written by Ebert, who did indeed pass away a couple of years ago.

"Noted film critic Robert Ebert calls it...." I thought Ebert had passed away some time ago.