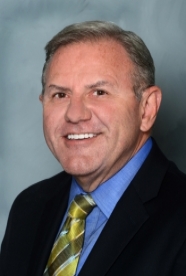 January 24, 2017 (El Cajon) - Erich Foeckler, a fundraising professional for 20 years, is the new executive director of development for the Foundation for Grossmont & Cuyamaca Colleges, the philanthropic partner for East County’s two community colleges.


The East County resident is in charge of developing and implementing a comprehensive fundraising plan for the foundation and will take the lead in forging relationships with donors who want to make a difference in students’ lives.

It is work that the seasoned professional has done with impressive results. As the donor relations executive at the San Diego chapter of the National Multiple Sclerosis Society, Foeckler increased grant funding by 25 percent and nearly doubled the size of the local office’s planned-giving membership. As the director of development and marketing at Home Start, Inc. in San Diego from 2008-2012, he was credited for raising nearly $2 million to renovate homeless shelter facilities and for increasing grant funding and contracts by $1 million in a single year.

As the director of communications and special events for six years at St. Madeleine Sophie’s Center, a well-known El Cajon institution that serves the needs of adults with developmental disabilities, Foeckler was key in the center winning Oprah’s Big Give competition in 2008.

At the Foundation for Grossmont & Cuyamaca Colleges, Foeckler will be leading a major initiative to develop a permanent endowment for the Higher Edge Promise Scholarship program to fund East County high school graduates’ first year of classes at Grossmont or Cuyamaca College.

“With this endowment, we want to send every Grossmont Union High School District graduate to their first year of college for free,” said Foeckler who holds a certificate in fundraising from the Indiana University Center on Philanthropy, Fund Raising School, and earned certification in 2003 as a Certified Fundraising Executive. He also earned a certificate in nonprofit management from Chapman University.

John Valencia, vice chancellor of Workforce and Organizational Development at the college district who oversees the foundation, said the organization will benefit from Foeckler’s proven skills at relationship-building and his broad experience in corporate and non-profit management and fundraising.

“Part of what we do is to draw attention to the valuable role our colleges play in the community and the transformative power they have on people’s lives, and Erich is the ideal ambassador to spread this message to potential backers,” he said. “His two decades of involvement in fundraising will be instrumental in our efforts to build financial resources for Grossmont and Cuyamaca colleges and to enhance student learning.”

Born and raised in Omaha, Nebraska, where his daughter still lives with her husband and son, Foeckler’s early years were as a food and beverage director during a 15-year career in the hospitality field, a time span spent developing and honing his expertise in event planning. A job as the director of photography at Disneyland followed and it was at the Happiest Place on Earth that his staff management skills were put to use handling a team of 125 cast members.

Foeckler, a La Mesa resident, said he was drawn to the foundation job because of the district’s mission to serve the higher educational needs of East County.

“As a lifelong learner, I want to help pass along the joy of education to the region,” he said. “Being a professional fundraiser has allowed me to help others achieve their dreams of making the world a better place, and goal-setting and achieving success is fundamentally what education is all about.”

Serving the public good is key to Foeckler’s life, and is behind his volunteer work with Housing Innovation Partners, formerly known as the San Diego-based TACHS – The Association for Community Housing Solutions. A board member with the group, Foeckler said the organization’s mission is to develop safe, affordable housing for homeless people, including veterans, with mental health issues, HIV and AIDS.

“I joined this board with some expertise in the needs of San Diego’s homeless, having previously fundraised to build two shelters for pregnant and parenting teens,” he said.

Foeckler is enthusiastic about putting his fundraising and philanthropic expertise to use in new surroundings.

“I’m thrilled to be part of the foundation team and can’t wait to share our beautiful campuses’ and students’ success with all of San Diego,” he said.