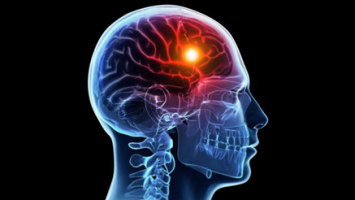 Blood clots can cause strokes, brain and neurological damage; cc image via Bing

April 28, 2020 (San Diego’s East County) -- There are still a lot of unknowns regarding COVID-19 and its effects. Over the past few weeks, patient developments have led researchers to investigate previously unknown risks of COVID-19, including blood clots, debilitating strokes in young people, and long-term damage in some survivors.

COVID-19 was the second leading cause of death in the U.S.from April 6-12. It killed an astounding 12,392 people during that period – ten times more than the 1,227 deaths from flu and pneumonia. The coronavirus killed more people than cancer nationwide. Over 50,000 Americans have died from COVID-19,  or roughly the same number killed during the Vietnam War. While the death toll of the 2019-2020 flu season will be unknown for a couple more months, the rates of infection and death are clearly more severe in coronavirus.

Doctors are also finding mysterious blood clots in patients. After a group of physicians in the Emory University health system gave updates to each other, they found blood clots in over 20% of their COVID-19 patients. Three major U.S. health institutions are preparing to publish a report documenting similar findings, the Washington Post reports. Similarly perplexing, doctors are seeing an alarming rate of severe strokes in patients with mild symptoms in their late 30s, 40s, and 50s. While doctors are used to considering a patient in their 60s as young for having a stroke, COVID-19 seems to be causing strokes in younger patients.

Another unconsidered aspect of the novel coronavirus is what happens after the patient leaves the hospital. Hospitals will soon have to engage with a wave of COVID-19 survivors who may have developed “Post-Intensive Care Syndrome (PICS)” causing “cognitive, physical, and psychological problems in up to 80 percent of all critical-care survivors.” The article goes on to state that a third of the patients with PICS may never return to work.

In addition to these documented concerns, the medical community at large simply doesn’t yet understand the long-term effects of the new disease first diagnosed in late December 2019. Research has found the possibility of long term heart damage, re-activation of the disease after being cleared from hospitals, damage to the brain, kidneys and other organs, and a slew of other possible long term effects. Unfortunately, there simply hasn’t been enough time to research these aspects because of the speed in which the pandemic has occurred.

Recent news has also looked at the only historical precedent of COVID-19: the Spanish Flu. This CNN article examines the approaches different cities enacted during the pandemic. Philadelphia chose not to cancel its Liberty Loan Parade upon America's World War I victory. That decision contributed to over 12,000 deaths in six weeks. St. Louis, by comparison, canceled the city’s victory parade and had lost only 700 to the Spanish Flu in totality. While, the parade wasn’t the only factor, it nonetheless played a part. Other factors included poor living and working conditions, but it proves an example of how mass gatherings of people can have considerable effects on the spread of a virus.