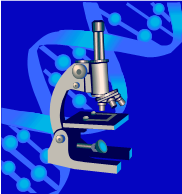 The Board of Supervisors voted Tuesday to appropriate the funding, which comes from the Department of Justice’s 2013 DNA Backlog Reduction Program. The money is aimed at cutting into the number of pending DNA cases being processed by the Sheriff’s Regional Crime Laboratory.

Currently, there are between 150 and 200 cases to be processed, said Steve Guroff, a Sheriff’s supervising criminalist.

That number represents a decline compared to recent years. The new funding will help the lab further decrease its backlog, Guroff said, despite increasing demands for its services.

In 2004, the lab received about 800 requests for forensic biology analysis. This year, Guroff said he expects the same number to reach about 2,900. A specific area the lab has reduced its backlog is in cold homicide cases, he said.

“Without this source of revenue, we would not have the analysis program without major sacrifices by the County,” Guroff said. “We would have a DNA analysis program, but we wouldn’t have one that is as up-to-date or responsive to the needs of customers.”

The funding will cover overtime for the crime’s analysts, as well as some new, up-to-date equipment for processing DNA samples. It will also pay for continuing education for analysts and service contracts for equipment the lab already owns.

The lab has received a total of about $2 million in grants through this program since 2004, Guroff said.