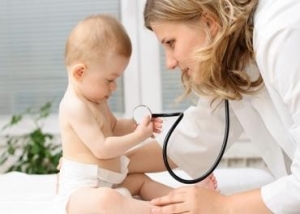 September 20, 2017 (Washington D.C.) – Like the proverbial Lazarus rising from the dead, efforts to repeal Obamacare have been revived. Republican Senators Lindsey Graham and Bill Cassidy have introduced a measure that would repeal Obamacare with no replacement.  The bill would give block grants allowing states to let insurance companies deny coverage or charge more for preexisting conditions, and to eliminate lifetime caps on coverage for people needing costly care to survive.  It also cuts funds for Medicaid expansion and eliminates all subsidies for low and moderate income Americans.

Late-night TV host Jimmy Kimmel has blasted the bill and coauthor Bill Cassidy for lying to the audience on his show.  At the time, Kimmel’s newborn son had just undergone heart surgery to save his life.  Cassidy said in considering any future healthcare measure he would ask, “Does it pass the Jimmy Kimmel test?  Would the child born with a congenital heart disease be able to get everything she or he would need in the first year of life?”

The new bill would not protect newborn children, or people of any age with serious medical conditions.

Polls have shown that only 12 percent of Americans supported the last repeal bill, which got rid of the unpopular mandate under Obamacare, but also eliminated many provisions that helped tens of millions of Americans.  The new bill has no replacement for Obamacare and no assurances of medical coverage for those who cannot afford it or who have preexisting conditions.

Kimmel responded angrily to news of Cassidy’s coauthorship of the new bill, stating of Congress, “They’re taking care of the people who give them money, the insurance companies.”

Medical organizations and patient advocacy groups say the bill is even worse than one defeated this summer by a single vote. This time, the key votes are again expected to be Republican Senators John McCain from Arizona, Lisa Murkowski from Alaska, and Susan Collins from Maine, who along with Kentucky’s Rand Paul were the only Republicans to oppose the last bill.  All Democrats say they will vote no on the new measure, as they did on the earlier repeal effort.

Republicans have until September 30th to ram it through without Democrats having the ability to block it through a filibuster, due to a special budgetary rule. They are attempting to pass the bill with only a single hearing—in a Homeland Security committee, not a Health Committee.  The only testimony that the Chairman has said he will allow is from the authors of the bill.

While there is a bipartisan group of Senators working separately on a measure that would address shortfalls in Obamacare without taking away protections that it did provide, as well as more liberal proposals such as a Medicare for All bill that Senator Bernie Sanders has introduced with 15 Democratic coauthors, the Republican leadership in Congress has refused to allow debate on any of those measures.

Jimmy Kimmel, meanwhile, has invited Senator Cassidy to come back on his show and take what he calls the new Jimmy Kimmel test – a lie detector.