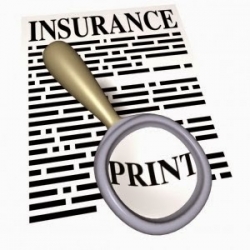 October 11, 2015 (Sacramento) – Many consumers complained that after signing up for health insurance through Covered California, they learned that the healthcare plans they enrolled in had mistakes such as doctors listed who were no longer in the network.  Covered California discontinued its directory in February.  But a state audit also found many errors in directories by major health insurers including Anthem Blue Cross, Health Net and Partnership Health Plan, such as wrong phone numbers and addresses, plus inaccurate information on which doctors were accepting new patients.

To remedy those ills, Governor Jerry Brown has signed a bill into law sponsored by consumer groups that will require insurers to provide accurate information in their directories starting in July 2016.  Consumers are empowered by the bill, which also requires insurance providers to reimburse an enrollee who pays for out-of-network services because of wrong information in a directory.

The measure would authorize an insurer to delay payment to a provider if the provider or provider’s group fails to respond to efforts to verify group information.

The bill drew opposition from the California Hospital Association and some physician groups.