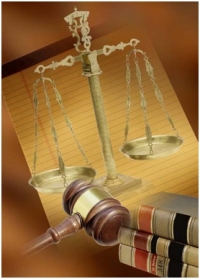 Other laws impose restrictions. Want to buy popular cough syrups? You’ll need a prescription. If you order items online, you’ll be charged state sales tax. Shark fin soup and beer spiked with caffeine are banned. Employers have new requirements for notifying employees about pay and more. Kids must ride in a booster seat until age 8. Openly carrying a handgun is illegal, even if it isn’t loaded.

These are just a few of the new laws in 2012. Scroll down for details on these and more.

Police are no longer allowed to impound vehicles at DUI checkpoints  if the driver’s only offense is not having a valid driver’s license.   Officers must also make a reasonable effort to find the registered owner of a vehicle.

AB 520 allows a person convicted of driving under the influence to apply for a restricted license early if the driver installs an ignition interlock device and complies with other requirements.

AB 1215 requires new car dealers to register vehicles online with the DMV and recoup costs. In addition, used car dealers are prohibited from a selling a vehicle unless they first obtain a vehicle history report from the National Motor Vehicle Title Information Service and make the report available to buyers.  The law, which takes effect July 1, does not apply to motorcycles, off-road vehicles, or recreational vehicles.

The California Dream Act allows students who have graduated from a California high school, attended at least three years, and can prove they are applying for legalized status to apply for grants and fee waivers at community colleges and universities. The law aims to assist children of undocumented immigrants.

Students taking the SAT in California can provide alternative identification if they don’t have a driver’s license.

AB 469 requires employers to provide information in a single notice to new employees who are not exempt from overtime.  Notice must include details on rate of pay and whether it is hourly, salary, commission, or some other compensation plan, along with other information.

SB 459 cracks down on those who misrepresent themselves as independent contractors and makes other changes to independent contractor law.  Costs of violations are steep -- $5,000 to $25,000 per incident, so it’s advisable to read the law at http://www.leginfo.ca.gov/pub/11-12/bill/sen/sb_0451-0500/sb_459_bill_20111009_chaptered.html and discuss with an attorney if you have questions.

Another new law bans employers from looking at credit reports for job-seekers, except for workers seeking jobs in financial institutions, law enforcement or the state Justice Department, or if the job would give an employee access to people’s banking and credit card information, trade secrets, or certain other information

Companies must disclose efforts to eliminate human trafficking and slavery from their supply chains.

Companies operating in multiple states must offer the same insurance coverage to domestic partners and same-sex couples that they do to married couples in California.

Children under age 8, or weighing less than 60 pounds, must be secured in a booster seat in the backseat of a vehicle. An exception is allowed to let a child ride in the front seat if all rear seats are occupied by children under 12.

Courts may now consider a relationship between a child and a non-biological parent when weighing child rights cases involving birth parents, adoptive parents, and gay or lesbian guardians.

Gay couples who married in California but now seek a divorce in a state that doesn’t allow it may get a legal divorce through California courts if filed in the county where they married.

It is now illegal to sell or distribute shark fins, a Chinese delicacy, due to the rampant slaughter of sharks.

New legislation prohibits state residents from openly carrying handguns, loaded or unloaded.  Violators will be fined $1,000 and spend six months in jail.  Permits for concealed weapons are still allowed, as is the open carry of rifles and shotguns.  The measure was supported by law enforcment, since police officers could not tell when guns were loaded or not.

Starting January 1,  a prescription will be required in California to buy any drug containing destromethorphan, an ingredient in many popular over-the-counter cough medicines including Robitussin, NyQuil and Dimetapp.  The law was passed due to a spike in cough syrup as a recreational drug.

If you donate an organ or bone marrow, you can take up to 30 business days off from your job under SB 272.

Tanning beds may not be used by anyone under 18.

Government and third parties are prohibited from collecting information on what books you read or buy over the Internet, unless they obtain a court order, per the California Reader Privacy Law.

Internet retailers must collect California sales tax on transactions if the retailer has a presence in the state, a measure that aims to protect local stores from unfair competition and increase revenues for cash-strapped California.

Apartment landlords must now provide recycling services for their tenants under the California Recycling Law.