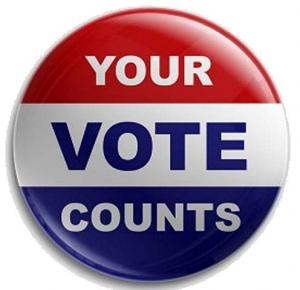 October 13, 2015 (San Diego’s East County) – Governor Jerry Brown has signed over a dozen bills to “help improve elections and expand voter rights and access in California,” according to the Governor’s signing statement.

Those include the New Motor Voter Act authored by San Diego Assemblywoman Lorena Gonzalez.  The measure will result in the Department of Motor Vehicles automatically registering Califoirnians to vote when they obtain a driver’s license, or renew one.  Drivers will have the right to opt out if they choose.

Another measured signed into law will let voters drop vote-by-mail ballots off at secure boxes in libraries, shopping malls and other convenient locations.  Yet another bill lets conditional and provisional voters cast votes 14 days before election day at designated locations.

In addition, an additional measure, AB 1502, would let Sacramento and Monterey Counties hold some elections entirely by mail.

The Governor also signed legislation aimed at making the state pay for vote recounts in tight races during statewide elections, starting in 2018. Currently, candidates in close elections must pay for recounts themselves.

....of illegal vote for Democrats/Liberals.