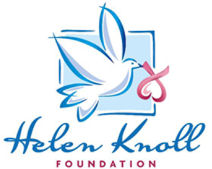 October 9, 2012 (San Diego) -- San Diego State University has announced that it will be co-hosting the “ThinkPink@SDSU” breast cancer health fair with the Helen Knoll Foundation. The event is designed to educate women aged 18 to 40 about their breast cancer prevention and early detection options.  It will be held in the Parma Payne Goodall ballroom from 5-7 p.m. on October 18.

Olympic Gold Medalist Keshia Baker will headline the event with a keynote presentation. The event will also feature a series of informative and interactive activities geared toward teaching young women how to reduce their overall risk of breast cancer, as well as information on early detection screenings.

Mammograms are not generally available to women younger than 40, and many people believe that self-examinations are the only other option. The event will teach young women that there are actually a number of screening options available for women under 40, including Thermography, HALO, and Ultrasound.

As added incentives, the first 30 people will receive free pedicures.

The foundation focuses on women who are not currently served by the multitude of other breast cancer charities and research centers focused on women over 40. Cecile Bereal, an HKF board member who lost her only daughter to breast cancer, stated that “if my daughter had known about the prevention and screening options available to her as a women under 40, I believe that she would still be here with me today.” The Helen Knoll Foundation and SDSU agree with Cecile, and want to educate other young women on how to prevent and detect breast cancer.

About the Helen Knoll Foundation

Breast cancer screenings such as mammograms have increased the survival rates in women over 40, but very little is being done for women under 40. According to the American Cancer Society, although women under 40 have the lowest incidence rate of breast cancer, they have the highest mortality rate. The Helen Knoll Foundation’s goal is to change this trend by promoting prevention and early detection options for women between 18 and 40, and allow women of all ages to detect cancer at its earliest and most treatable stage.

If you would like additional information on the Helen Knoll Foundation and its mission, please visit www.HelenKnollFoundation.org.