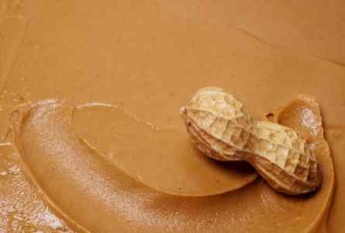 November 19, 2018 (San Diego) -- An experimental treatment for people with peanut allergies is having dramatic results in two-thirdsof children who participated in a landmark study, the New England Journal of Medicine reports. The study was presented at the American College of Allergy, Asthma and Immunology’s annualscientific meeting

Peanut allergies affect about 3 million Americans, CNN reports, andthey can be life-threatening.  In severe cases, victims can suffer anaphylactic shock with their airways swelling shut after merely being exposed to peanut aromas, without even eating any peanuts or peanut butter products.

The problem is particularly hard for children, who may be exposed to a life-threatening reaction via peanut butter sandwiches brought to school by other students. To avoid this, youngsters may be forced to eat separately from others and their classmates advised to avoid bringing foods containing peanuts.

Though an epi-pen may deliver a life-saving dose of epinephrineduring a severe reaction, there are currently no treatments to prevent allergic reactions.

The new, experimental treatment by Aimmune Therapeutics Inc. in California does not make allergies go away, but it does reduce the severity of reactions.

The treatment was tested on 554 patients including 496 children at 66 research centers in 10  nations, Half the patients received a placebo and the other half received the actual treatment.

Participants were able to take oral immunotherapy capsules containing peanut powder in a hospital setting, with the dosage gradually increasing to allow the body to build up resistance over two weeks. Later, they were given treatments at home.

After a year, they received the equivalent of two peanuts per dose, which two thirds of the patients were able to tolerate without a severe reaction. A third had mild reactions, such as stomach cramps.  But slightly more than 11% had to drop out of the study due to severe effects.

The manufacturer is now seeking FDA approval to make it available more broadly, under doctors’ careful supervision. It must be used daily during the desensitization process, and can’t be taken before exercising, so parents must closely monitor their children’s activities.

But for patients whose only option now for preventing life-threatening allergic reactions is to try and avoid peanuts and peanut products pervasive in restaurants, airplanes, schools and other places, the new therapy offers hope for peace of mind in the future.