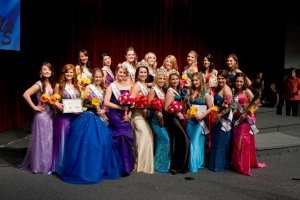 Contestants were scored on personal interview, speech, poise and personality, sportswear, evening gown and an on stage question. The winners will advance to the Miss Greater San Diego Pageant, the official preliminary to Miss California USA and Miss USA. 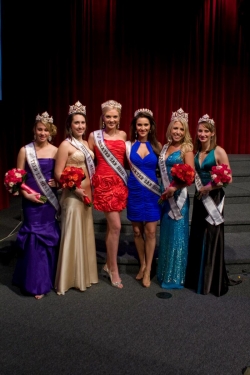 The results for the City of La Mesa were as follows:

The results for the City of Santee were as follows:

Erynne Grecco, Miss La Mesa 2010 is 21-years-old and a sophomore at Grossmont College. She hopes to become an elementary school teacher on child psychologist. She enjoys singing, musical theater and the guitar. She will receive a $750.00 scholarship.

Danamarie McNicholl-Carter, Miss La Mesa Teen 2010 is 15-years-old and attends the Academy of Our Lady of Peace. She hopes to become a pediatrician. Danamarie plays the piano and is passionate about dance. She will receive a $350.00 scholarship.

Kimberly Swank, Miss Santee 2010 is 20-years-old and attends Grossmont College. Kimberly aspires to become a news anchor and enjoys organizing charitable events and putting care packages together for the troops. She will receive an $850.00 scholarship.

Taylor Shelton, Miss Santee Teen 2010 is a 16-year-old junior at Santana High School. She currently coaches soccer and would like to become an early elementary school teacher. Taylor enjoys competitive cheer and will receive a $350.00 scholarship.