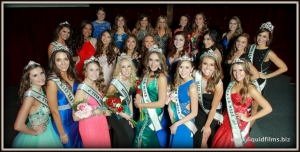 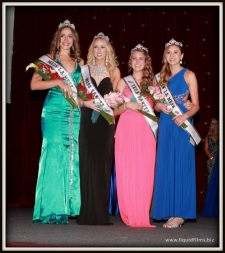 Young women from the East County entered the pageants in hopes of becoming their new city ambassadors.  The contestants were scored on personal interview, speech, poise and personality, evening gown, physical fitness & beauty and on-stage question. The young women will spend their year attending grand openings, parades, city events and charity events and fundraisers.  The Miss winners each received a $2,000 college scholarship from our sponsor McWire Electric and the Teen winners each received a $500 scholarship.

The results were as follows:

Tiffany Hoffman is a 24-year-old graduate of Southern Methodist University and Baylor University where she graduated with a Masters of Science in Sports Management. She moved back to San Diego in August and has since been pursuing a career in Real Estate as well as enjoying everything the great city of La Mesa has to offer.

Kaitilyn Mayhue is a junior at Grossmont High School. She has a 4.0 GPA and wishes to go to college and earn a degree in Fashion and Luxury Management.

Rebecca Hudson is a 23-year-old graduate of Bellus Academy where she studied esthetics and is the owner of RHSkincare specializing in skincare, spray tanning, and makeup artistry. She currently attends Grossmont Community College majoring in business management. Rebecca was captain of her own Relay for Life team and raised a total of $3,000 for the American Cancer Society.

Heather Cantin is a 12-year-old student at Carlton Oaks Junior High School. She is a Cadette in Girl Scouts and plans to be a future leader. Heather was a Jr. Miss Santee program participant in 2014 and loves to volunteer in her community and help the less fortunate.