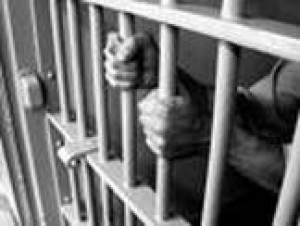 This action is separate from a California ballot proposition passed Tuesday, that will also reduce sentencing for low-level drug offenders in California.

Thousands of people who are currently serving long, punitive drug-related sentences in federal prisons could be eligible to apply for reduced sentences under the federal rule changes, although no one who benefits from this reform may be released for another year, or prior to November 1, 2015. The U.S. Sentencing Commission *USCC) estimates that close to 45,000 people currently behind bars would be eligible to have their cases reviewed to determine whether their sentences should be reduced. This change could save taxpayers billions of dollars and would reunite thousands of families with their loved ones.

"We are finally seeing reforms in harsh, punitive drug laws that led to mass incarceration and extraordinary suffering and separation of people with addictive illness and their families," said Gretchen Burns Bergman, lead organizer of the national Moms United to End the War on Drugs campaign.

The changes taking effect on Saturday follow a July 2014 vote by the United States Sentencing Commission to retroactively apply an amendment approved by the same government panel in April 2014 that lowers Federal Guidelines for sentencing persons convicted of drug trafficking crimes. Beginning on Saturday, federal judges may begin referencing the reduced guidelines in the course of sentencing persons convicted of drug trafficking crimes and individuals who were sentenced under the old drug sentencing guidelines may begin petitioning a federal judge for a hearing to evaluate whether their sentence can be shortened to match the reduced guidelines. The underlying drug guidelines amendment that shortened the length of drug sentencing guidelines was approved by the United States Sentencing Commission and submitted to Congress for review in April. Congress has taken no action to disapprove of these reforms to the drug guidelines, setting the stage for these reforms to take effect on Saturday.

The United States Sentencing Commission’s decision reflects efforts underway in Congress and by the Obama Administration to reform federal drug sentencing laws, as well as a broader effort to adapt federal policy to overwhelming public support for reforming drug laws, ending marijuana prohibition, and reducing collateral consequences of a drug conviction. In 2010 Congress unanimously passed legislation reducing the crack-powder cocaine sentencing disparity. Bipartisan legislation reforming mandatory minimum sentencing, the Smarter Sentencing Act, has already passed out of committee this year and is awaiting a floor vote in the Senate.

Attorney General Eric Holder has made numerous changes this year, including directing U.S. Attorneys to charge certain drug offenders in a way that makes ensures they won’t be subject to punitive mandatory minimum sentencing.

According to the U.S. Sentencing Commission and a recent report by the Congressional Research Service, mandatory minimums have significantly contributed to overcrowding and racial disparities in the Bureau of Prisons (BOP). The BOP operates at nearly 140 percent capacity – and is on track to use one-third of the Justice Department’s budget. More than half of the prisoners in the BOP are serving time for a drug law violation. Even though African-Americans are no more likely than Whites to use or sell drugs, evidence shows they are far more likely to be prosecuted for drug law offenses and far more likely to receive longer sentences than Whites. With less than 5% of the world’s population – but nearly 25% of the world’s prison population – the U.S. leads the world in the incarceration of its own citizens.

“I salute all legislation that supports a more clinically-sensitive and informed understanding that incarcerating people with addictive illness and depriving these same persons of clinically-informed drug and alcohol treatment, vocational support and academic support is a direct pathway to horrific, needless recidivism,” said Caroline Stewart, acting president of the board of A New PATH. “My son has been caught in the revolving door of technical violations complicated by relapse over and over again and not once has time spent incarcerated improved him or our community in any way. My son has the capacity to be a kind, committed and dedicated community member when receiving the right support and services.”