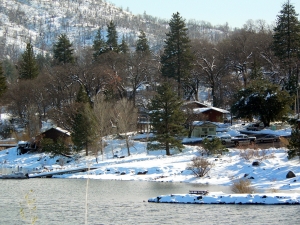 January 15, 2018 (San Diego) — A new storm will move into San Diego later this week, though precipitation is expected to be lighter than last week’s heavy downpour, but with hazards in coastal areas and some snow in the mountains locally.

A light dusting of snow measuring less than an inch is forecast for Mt. Laguna, Julian, Palomar Mountain, and possibly the Cuyamaca-Descanso areas. Watch for icy roads in mountain areas, with light rains at lower elevations late Thursday and Friday.

High surf is expected to peak Tuesday and Friday, due to two weather systems moving in.  Dangerous beachgoing and swimming/surf conditions including rip tide currents are forecast. Waves could overtop piers and minor flooding may occur in low-lying coastal areas including streets and possibly the Oceanside strand.

There is a chance of yet another storm early next week, January 22-23, but the weekend weather is expected to be clear.