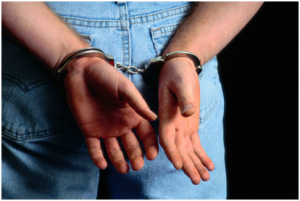 February 8, 2014 (San Diego County) - Due to statewide public safety realignment, 35 percent of all inmates in local detention facilities in San Diego County are offenders with more serious criminal histories who would have previously been housed in state prison – and these realigned offenders (who are generally at a higher risk of recidivism) now make up 15 percent of the local probation case load, according to a new SANDAG study.

Under AB 109, which took effect in October 2011, the state began shifting the responsibility for housing and supervising certain offenders to counties. Broadly speaking, three groups of offenders became the responsibility of local counties: 1) individuals released from prison after serving sentences for non-violent, non-serious, or non-high risk sex offenses – called Post-Release Community Supervision Offenders (PRCS); 2) parole violators and PRCS violators who would have otherwise returned to state prison; and 3) individuals prosecuted under 500 plus felony offenses that are now subject to a local prison sentence to be served in county jail, rather than state prison.

The SANDAG study, titled “Adult Offenders in Local Custody and Under Community Supervision in San Diego County 2008, 2011, and 2012,” provides an in-depth look at the demographics of this population, the challenges they pose, and the local initiatives launched to address them.

“Public safety realignment has put an enormous strain on local law enforcement, in particular the Sheriff’s Department and the County Probation Department,” said Dr. Cynthia Burke, SANDAG director of criminal justice research. “But the good news is local law enforcement is meeting this challenge head-on by devising innovative programs and strategies, such as the Community Transition Center, Mandatory Supervision Court, and Reentry Services Division, to facilitate the reentry of realigned offenders into society.”

Due to realignment, the adult inmate population at local Sheriff’s detention facilities reached 113 percent capacity in 2012, up from 102 percent in 2011. Meanwhile, the number of individuals classified as requiring maximum security housing has increased along with the number requiring protective custody or administrative segregation.

In 2012, realigned offenders made up 15 percent of those under supervision by the San Diego County Probation Department, up from 4 percent in 2011. More than two-thirds of these realigned offenders are assessed as being at high risk for recidivism compared to only one-third of the traditional probation population.

The San Diego Association of Governments (SANDAG) is the San Diego region’s primary public planning, transportation, and research agency, providing the public forum for regional policy decisions about growth, transportation planning and construction, environmental management, housing, open space, energy, public safety, and binational topics. SANDAG is governed by a Board of Directors composed of mayors, council members, and supervisors from each of the region’s 18 cities and the county government.