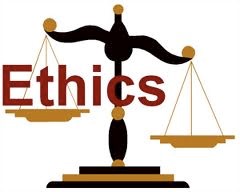 November 30, 2016 (Washington D.C.) — President-Elect Donald Trump’s holdings in hundreds of companies around the world, as well as his financial holdings, have raised serious concerns over potential conflicts of interest.  Surprisingly, there is no law prohibiting a President from making decisions that may profit him personally, unlike laws that ban such conduct for other elected federal officials.

Trump’s most recent appointments add to the ethical concerns, also contradicting Trump’s campaign promises to reign in Wall Street and drain the swamp of Washington lobbyists and special interests. Trump’s selection of Donald McGahn as his chief ethics lawyer, responsible for advising the president on how to avoid conflicts of interest and other ethical problems, is particularly troublesome.

McGahn served as ethics advisor to ex-Congressman Tom Delay, who was convicted of conspiring to launder corporate money in his campaign and resigned in disgrace, though that conviction was overturned on appeal. McGahn later chaired the Federal Elections Commission, where he broadly interpreted the Citizens United Supreme Court decision to allow super-PACs to pour unlimited corporate and other special interest money into political campaigns. He blocked Congressional reform efforts and actively fought to gut the regulation of money in politics by the FCC.

This week, Trump announced former Goldman Sachs banker Steven Mnuchin as Secretary of Treasury nominee, a billionaire hedge fund manager who critics say preyed on homeowners during the recession. Trump is also said to be leaning toward appointment of Wilbur Ross, a billionaire former investment banker at Rothschild & Co., to serve as Commerce Department Secretary, casting doubt on his campaign trail promises to reign in Wall Street abuses.

Elaine Chao, a Washington insider, Elaine Chao, will be Trump’s Transportation secretary.  Chao has served in both Republican and Democratic administrations. But far from keeping the executive branch free ot conflicts with the legislative branch, her appointment raises another potential troubling tie.  Chao’s husband is Senator Minority Leader Mitch McConnell, who says he won’t recuse himself from voting on his wife’s nomination.

Trump ran on a populist platform by appealing to working class Americans who feel they have been left behind amid economic upheavals.  But loading up his cabinet with billionaires and Wall Street moguls raises doubts as to whether he will delivery on those promises, or perhaps abandon some reforms promised to voters and instead offer up more giveaways to the top 1 percent.

According to an analysis by the nonpartisan Tax Policy Center, Trump’s tax plan “would cut taxes at all income levels, although the largest benefits, in dollar and percentage terms, would go to the highest-income households.” The analysis shows that some 8 million American households, including a majority of single-parent households, would actually pay more because Trump’s plan eliminates the personal exemption and the head-of-household filing status, Vanity Fair reports.

Many aspects of his tax plan benefit the wealthy, including eliminating the estate tax, lowering the corporate tax rate, and allowing trillions of dollars in overseas profits to be repatriated at a low tax rate. According to the Tax Policy Center, Trump’s plan would increase the national debt from $20 trillion to $27 trillion in 10 years and raise it another $20 trillion by 2036.  Meanwhile, interest rates are rising since Trump’s election, meaning consumers who need to borrow money will be paying more for loans, even while their taxes go up.

Some are defending Trump’s latest cabinet picks, while others have denounced them.

Former Georgia Senator Saxy Chambliss, now working with a lobbying and law firm DLA Piper, told CNN that Trump has picked people who can get things done by choosing “people that know how the system works and are willing to make the commitment to him and his policies.”

But Democratic National Committee spokesman Adam Hodge reacted to recent nominations by calling Trump “the most corrupt, conflicted and unpopular president-elect in history.”