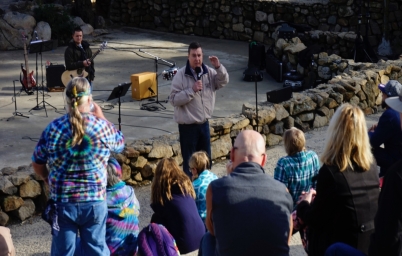 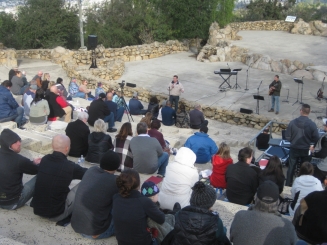 “This was our fourth year to start the year off right with prayer and seeking the face of God,” said Michael Griffiths, director, Unite San Diego. “Our theme was `Christ our Peace,” and our vision was `No More Barriers.’” Many attendees were members of churches where the pastors serve, he said.

In his remarks, Wells said, “Last year we prayed that El Cajon would become known in the world for our faith, but we did not anticipate how God would answer that prayer.” The city drew worldwide attention in the days following Sept. 27, when El Cajon police shot and killed Alfred Olango, an unarmed 28-year-old refugee from the Uganda, who reportedly took a shooting stance while holding an object during a confrontation with officers in a shopping center parking lot near Broadway and Mollison Avenue.

The incident sparked race riots as Olango became the latest unarmed black man to be shot by law enforcement in a series of similar shootings across the nation. It also led to an intervention from local pastors who organized prayer vigils. One such prayer meeting held at the El Cajon Police Department headquarters drew a diverse group of about 50 people, including African-American pastors, Middle Eastern pastors and members from churches representing many denominations.