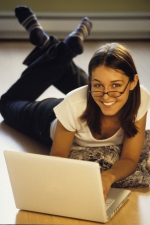 October 14, 2014 (San Diego’s East County) -- Ever wonder what news stories attract the most interest among our local readers?  We decided to find out, so we looked at the number of readers who clicked open each story for the past month.  The results were surprising. Some major news stories, such as Iraq air strikes, didn’t make the top 20-perhaps because that’s news available everywhere else. What DID get your attention was primarily stories relevant to East County, especially news that you can’t get anywhere else.

We learned that our readers have a strong interest in wildlife, energy issues, and Native American culture.  You read about fun activities from festivals to the best happy hours in town, but you also showed interest in national news, especially Ebola. You clicked to read positive stories about efforts to help a family in need and a nonprofit  that’s mentoring troubled teens. You were avid readers about the storm that socked our region and Homeland Security refuting Congressman Duncan Hunter’s claim that ISIS terrorists were arrested at the border. Plus you shared stories on Jamul teens modeling in New York, toxic snakes in suburbia, sale of a family-owned car dealership, and death of a local community leader.  Land use issues, led by a controversial high-rise in La Mesa this month, also grabbed your attention.

Altogether, our site drew more than 160,000 visits in the past month. Below are our top 20 most-read stories during that time period: