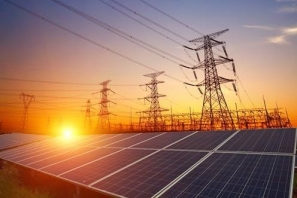 SDG&E thanks customers for reducing power usage, averting need for outages yesterday, but brief outages are possible over next several days during heat wave

August 18, 2020 (San Diego’s East County) – As triple-digit heat scorches the West, California Independent Systems Operator (CAISO), which manages California’s power grid, ordered utilities to implement rolling power outages last weekend – but only notified the Governor on Friday. Outages are particularly disruptive during the pandemic, with miilions of Californians working from home and educating children at home. Many have nowhere to go to escape the heat during an outage, with libraries and other public facilities closed due to COVID-19.

Governor Gavin Newsom voiced outrage and ordered an investigation, also signing an emergency proclamation that temporarily allows some energy users and utilities to use backup energy sources to relieve pressure on the grid during peak times in the energy emergency. Meanwhile CAISO is pointing the finger at the Public Utilities Commission, claiming it has been warning the PUC to take preventive steps for years to make utility companies assure they had emergency back-up energy sources lined up, but that the PUC ignored those warnings.

Some SDG&E customers experienced brief rolling blackouts of approximately an hour over the weekend. The utility warned of potential outages again yesterday to up to 100,000 customers, but was able to prevent these thanks to residents and businesses heeding the call to cut back power usage during high energy demand periods between 4 and 9 p.m. SDG&E used emails, text messages, robocalls, and notices sent to media to get word out, as well as appealing directly to major energy users to reduce consumption – and it worked.

Newsom, in a press conference yesterday, said of the rolling blackouts statewide that he wants to make sure “This never happens again in the state of California.” He pledged, “We’ll get to the bottom of it. “

CAISO apologized for not alerting Newsom earlier, however ISO Chief Steve Berberich said the ISO has been warning the PUB for months or years that shortages were possible if the PUC didn’t assure that utilities such as Pacific Gas & Electric Co. lined up enough backup power in advance, under contract.  But the PUC, which is in charge of assuring resource adequacy, failed to take action, he asserted, the Sacramento Bee reports. The Bee contacted the PUC, but the watchdog agency did not respond, according to the Bee. “The resource adequacy program is broken, Berberich said.”

Still, some things have improved since the last major rolling blackouts in our state nearly two decades ago in 2001.  Back then, outages lasted far longer in California. In some states, the situation as even worse; an August 2003 “Northeast Blackout” caused by overgrown vegetation near powerlines in Ohio on a warm summer day crashed regional grids, leaving 50 million people in eight states and Canada in the dark for anywhere from 24 hours to several weeks.

Energy efficiency of appliances and buildings have also improved over the past 20 years, as has the ability to communicate need for conservation to consumers and large energy users during extreme weather conditions.

Most importantly, nowadays, “California’s grid is much better managed,” says Pat Remick, senior energy communications strategic with the National Resource Defense Council.  That’s in part because our state is interconnected with a power system across western states, so during the current outage, hydroelectric power from the Pacific Northwest helped keep lights on in California. California meanwhile is relying on a growing portfolio of wind, solar and geothermal renewable resources; wind helps fill demand on cloudy days when solar is less efficient, for example.

Newsom emphasized that California remains committed to “moving away from fossil fuels toward solar and wind,” which the state has dramatically increased use of in recent years as the state moves toward an economy fueled by clean, renewable energy that also reduces pollution and greenhouse gas emissions in order to combat climate change.

Still, Newsom acknowledged, “We cannot sacrifice reliability as we move forward in this transition.”

Guidance to residents and businesses to conserve power