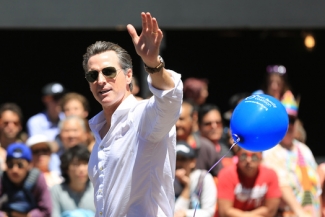 February 11, 2019 (San Diego) – California Governor Gavin is withdrawing most of the 360 National Guard troops from deployment at the Mexican border, leaving in place a limited number to enforce drug smuggling laws.

In a general order signed today, Newsom rescinded an order signed by former Governor Jerry Brown. Brown had issued the order in response to a request for troops from President Donald Trump, but made it contingent on troops not being used to round up “women and children or detain people escaping violence and seeking a better life” or to enforce immigration laws.”

The Governor’s office provided media with an advance copy of excerpts from Newsom’s  State of the State address slated for Tuesday, which states, “The border 'emergency' is a manufactured crisis, and California will not be part of this political theater."

His statement counters remarks by President Trump, who announced plans to send another 3,700 troops to the border in his State of the Union speech for what he characterized as a “tremendous onslaught” of migrants in border caravans.

“The only emergency at the border is the one created by the federal government’s refusal to fulfill its responsibility to assist vulnerable families seeking asylum, and California is working with officials and organizations in San Diego to address that situation,” Senator Atkins says. “California’s National Guard troops are needed elsewhere in the state, and I stand by Governor Newsom’s decision to redeploy them from the border to places where they will be of far more value to our residents.”