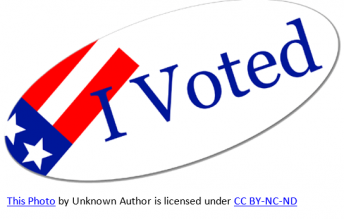 September 28, 2021 (Sacrament) -- Governor Gavin Newsom signed a package of legislation yesterday to increase voter access and strengthen integrity in elections, including a bill to send all registered voters a vote-by-mail ballot.  Voters will have options to mail-in ballots, drop off ballots at designated locations, or still vote at polling places if they prefer.

Among other measures, the Governor signed AB 37 by Assemblymember Marc Berman (D-Menlo Park), permanently requiring a vote-by-mail ballot be sent to every active registered voter in the state. The practice of sending vote-by-mail ballots to every registered voter began in 2020 to allow safe voting during the pandemic and was extended through 2021. The measure resulted in record voter participation.

“As states across our country continue to enact undemocratic voter suppression laws, California is increasing voter access, expanding voting options and bolstering elections integrity and transparency,” said Governor Newsom. “Last year we took unprecedented steps to ensure all voters had the opportunity to cast a ballot during the pandemic and today we are making those measures permanent after record-breaking participation in the 2020 presidential election.”

Secretary of State Shirley Weber, Ph.D., says, “The bill will permanently expand access and increase participation in our elections by making voting more convenient and meeting people where they are.  Vote-by-mail has significantly increased participation of eligible voters. Voters like having options for returning their ballot whether by mail, at a secure drop box, a voting center or at a traditional polling station. And the more people who participate in elections, the stronger our democracy and the more we have assurance that elections reflect the will of the people of California.”

“When voters get a ballot in the mail, they vote,” said Assemblymember Berman. “We saw this in the 2020 General Election when, in the middle of a global health pandemic, we had the highest voter turnout in California since Harry Truman was president.”

This is a change to our voting laws and should not be implemented. The County of Los Angeles was recently successfully sued to remove 1.3 million illegal registrations that had not been purged as required by law. That is just in one county, much less the entire state with the same issues. San Francisco area is now being sued for the same violations, and has not complied. As long as the local registrars are not complying with the law, they should not be sending out ballots to those not legally in the system.

LA did purge 1.5 million inactive voters off the rolls, but those were mainly people who died or had moved out of state:

If you have a link proving illegal/undocumented were removed, please let me know.