“This is exactly the kind of behavior that infuriates voters and must be stopped.” – Denise Ducheny, former state Senator and current 51st Congressional district candidate 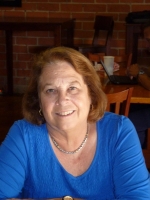 May 31, 2012 (San Diego)– State Senator Juan Vargas is under fire again, this time in an article from The Press Enterprise, published yesterday. The article catalogued the actions of Vargas and his Senate office, who stand accused of using taxpayer dollars to fund mail pieces aimed at helping his candidacy.  Vargas is now running for the 51st Congressional District seat, which spans San Diego and Imperial Counties, seeking to replace Bob Filner who is retiring to run for Mayor.

When the citrus industry in Riverside County’s Coachella Valley faced a serious threat from the Asian Citrus Psyllid, Senator Vargas sent out nearly 40,000 letters warning people about the pest.  However, these mailers arrived in mailboxes in San Diego and Imperial counties, where he is running for Congress, not Riverside County where the problem was also rampant.

Rodolfo Pinon, a Riverside resident in the 40th Senate District, expressed his outrage at Vargas, saying his lack of presence in the county goes beyond mailers. "I’m really upset.  Since Denise Ducheny left office I feel like we have had no representation at the State Senate level. People here don’t even know who Juan Vargas is. We don’t need politicians like that.”

Pinon believes Vargas’ absence stems from the fact that Riverside County is outside of Vargas’ desired district. “There are a lot of angry people in Blythe and Coachella because they have never seen him.  He is ignoring us to pursue his personal ambitions.”

“When Denise represented us, she was here in the district often and could always be counted on to listen to her constituents,” Pinon went on to say. “You knew how to get a hold of her and knew she would listen.”

Ducheny, who is running against Vargas in the Congressional race, said she was disappointed to hear about this most recent revelation, but not surprised.

“We are learning that not only is Mr. Vargas spending taxpayer money on questionable mailings but he has refused to even show up in Riverside County, a major piece of his Senate district.  This is exactly the kind of behavior that infuriates voters and must be stopped. Juan Vargas ought to honor the oath he took to the office he was just elected to, and certainly should not be allowed use the resources of one office to campaign for another one,” concluded Ducheny.

In response to the allegations raised, Vargas told the Press Enterprise he blamed his staff. “I’m not in charge of my mailers,” and referred further questions to employees in his office.

Since Vargas jerrymandered Duncan out of my district years ago in his last love in in the Sacremento legislature his only goal in life has been to go to Congress. Filner still whipped his tail and now all he can throw at Deniese is mud. I just love seeing the Democrats beating up on each other. To bad my Republican Party in San Diego is without merit and can not put up a decent opponent in this district.