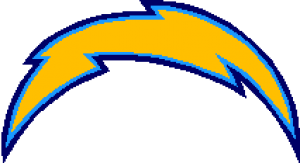 February 3, 2015 (San Diego) - After a career that spanned 146 games as the Chargers’ starting center, including 10 postseason contests, on Tuesday Nick Hardwick announced his retirement from the National Football League.

“I am so proud to retire from the NFL having spent my entire career with the San Diego Chargers,” said Hardwick. “I want to thank Dean Spanos and the entire Spanos family for bringing me to San Diego, and I especially want to thank all of my teammates, the coaches and staff members who allowed me to spend 11 memorable seasons with the greatest organization in professional football. I wish I could play forever, but this game has a finite life and it’s time for me to move on to the next chapter of my life.”

A third-round pick and the 66th overall choice in the 2004 NFL Draft, Hardwick was a Pro Bowl center in 2006 and four times in subsequent seasons he was named an alternate for the League’s all-star game. Hardwick was a three-time pick as the team’s Lineman of the Year (2011-13), named Most Inspirational twice (2010 and 2013), and was selected to the Chargers’ 50th Anniversary All-Time Team in 2009.

Throughout the duration of Hardwick’s career, from the beginning of the 2004 season through the first game of 2014, he helped the Chargers win 100 games while the team lost just 61. He anchored an offense that saw the Chargers rush for 19,175 yards and 175 touchdowns, the second-most TDs in the league during that span, while he also was responsible for orchestrating an offensive line that allowed just 302 sacks, seventh-fewest in the NFL over that same span.

Hardwick fashioned a remarkable NFL career following the unlikely path from standout prep and collegiate wrestler. He grew up in Indianapolis where he played hockey on an international traveling team and was a standout prep wrestler. Hardwick went to Purdue on a Marine Corps ROTC Scholarship. During his sophomore year in 2000, the Boilermakers won the Big Ten title and played against Washington in the Rose Bowl, the school’s first Rose Bowl appearance since 1967. Caught up in the excitement that was generated on the West Lafayette, Indiana campus, Hardwick decided to walk on to the school’s football team in the spring. He ended up making the squad as a scout-team defensive tackle and a year later, he became the Boilermakers’ starting center. By his senior season in 2003, he had become a full-time starter and an all-conference performer.

Upon his arrival in San Diego, Hardwick made an immediate impression on the Chargers’ brass and moved into the starting lineup during his 2004 rookie season. It was a special year as the Chargers went 12-4 and won their first AFC West title since 1994. With Hardwick anchoring the offensive line, the Chargers rushed for 2,185 yards and 24 touchdowns, the fourth-highest season total in team history.

That 2004 season began a stretch in which the Chargers won AFC West titles in five of six years, including a record-breaking 2006 season and a 2007 season in which the Chargers advanced to the AFC Championship Game. In 2006, Hardwick started every game of a 14-2 season as the Bolts set team records for rushing yards (2,578) and rushing touchdowns (32). A year later, despite missing four games due to a foot injury, Hardwick helped the Chargers to an 11-5 season that catapulted the Bolts into the playoffs where they defeated Tennessee and Indianapolis in route to the AFC title game. It was the last in a stretch of four straight 2,000-yard rushing seasons for the Chargers with No. 61 leading the way in the middle of the offensive line.

In 2008, Hardwick started 13 games for a team that made one of the most improbable playoff runs in NFL history. He missed the first three games of the season with a foot injury and returned as the Bolts struggled to a 4-8 mark through the season’s first 12 games. With virtually everyone writing the team off, the Chargers rallied to win four straight to close out the season and qualify for the playoffs where a win over Indianapolis propelled them to the divisional round.

Hopes were high again in 2009, but Hardwick suffered a severe and potentially career-ending ankle injury during the 2009 season opener at Oakland and missed 13 games. Rather than allowing the injury to derail his promising career, Hardwick returned in time for a late-season push to the playoffs. His return launched a streak of 70 straight starts, including playoffs, that didn’t come to an end until Hardwick suited up for the final time in the 2014 season opener at Arizona.

Hardwick’s final season as the full-time starter (2013) would again prove to be memorable as he helped the Chargers navigate a near-improbable finish to qualify for the playoffs for the sixth time in his career.

Besides his excellence on the field, Nick and his wife Jayme established themselves as leaders in the San Diego community. Hardwick’s devoted himself to the Marine Corps-Law Enforcement Foundation (MCLEF), an organization that raises money to provide advanced education for the children of Marines and law enforcement officers killed in the line of duty. He and recently-retired teammate Jeromey Clary also helped launch a program called Touchdowns for Kids in which money was raised for MCLEF for every touchdown the Chargers scored during the season.