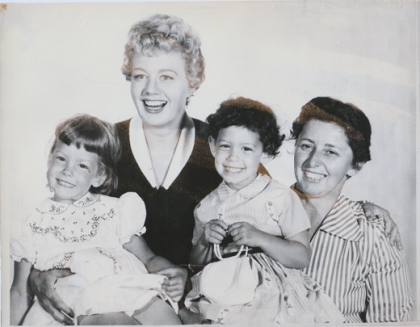 April 25, 2019 (Spring Valley) - In the American History Theater’s current production of The Diary of Anne Frank, some American theater history is being reprised.  Back in 1959, Shelley Winters won an Oscar as best supporting actress for her performance as Mrs. Van Daan in the movie version of that play, which dramatized the experiences of the Frank and Van Daan families as they hid in a secret annex from the Nazis, who then were sending Jewish families from Amsterdam to concentration camps. 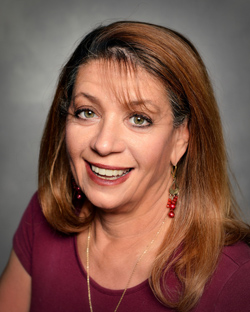 In the Jewish community, the actress is known by her married name, Lolly Edels, but she uses her maiden name, Boroff, for her stage roles, partly to honor her father, George Boroff, who operated the 125-seat Circle Theatre in Los Angeles (close to the Desilu Studios) and provided work during the Communist-baiting McCarthy era to such “black-listed” talents as Leonard Nimoy, Will Geer, and Norman Lear.

Before Shelley Winters accepted the role of Mrs. Van Daan, she actually had wanted to play the part of Anne Frank’s mother.  Boroff shared a copy of a letter that the actress wrote to movie director George Stevens in which she said that being a mother to her daughter Vittoria (aka Tory) made her empathize with Mrs. Frank.  “I am watching her (Tory) grow and develop and flower,” Winters wrote. “Sometimes she loves me … sometimes she is annoyed with me and often she competes with me, but she is the most miraculous thing I ever had connected with my life.”

Winters added in that letter, dated Nov. 15, 1957, that her analysis of Mrs. Van Daan was that she was a middle aged baby. Winters sympathized with Mrs. Van Daan’s “impossible task of helping her boy (Peter) to manhood under such blighting circumstances, when she herself is so immature.”

Discussing the prospect of making The Diary of Anne Frank into a movie, Winters then commented: “George, a few years ago I went to Israel and I was deeply affected by the kind of country that my people (who managed to escape the ovens) are trying to build there. They are still surrounded by those who wish to annihilate them.  I know how your pictures are shown and respected almost everywhere in the world—and when I heard that you were doing The Diary of Anne Frank, I was most relieved and happy.  I know that the humanity and sympathy that will be generated from this film is very important to the Jewish people.”

As it turned out, Stevens cast Winters for Mrs. Van Daan insead of Mrs. Frank.  Boroff told me that she and her aunt (who was her mother Blanche’s sister) “both fell in love with Mrs. Van Daan,” explaining that “Mrs. Van Daan is a survivor, whereas Mrs. Frank had given up by the time they went into the annex.  Mrs. Van Daan is full of spirit, vim and vigor.  She dresses, flaunts herself, and she if full of life.  I don’t think for the few years that they were there that she ever really gave up.  It made it all the more heartbreaking when they were captured.  I don’t think she saw it coming.”

Mrs. Van Daan’s attitude, Boroff reflected, was “I don’t give up; I fight to the very end, for my husband, for myself, for my son.   I am not going to a concentration camp. I am going to get out.  I am going to start cooking again, buy a new dress.”

Some time ago, another local theater group, The Pickwick Players, produced The Diary of Anne Frank, and more than anything, Boroff wanted to play Mrs. Van Daan, just as her aunt once had.  However, she was assigned the role of Mrs. Frank in that play – a reversal of Shelley Winters’ experience.  Now in the American History Theater production, Boroff at last gets to play the part that her aunt did.

“She (Mrs. Van Daan) lived every day to the fullest,” Boroff said.  “She may not be the nicest character, but she certainly brought a spark into the annex.”

Shelley Winters was born Shirley Schrift.  When she was a contract player with Columbia Studios, the publicity department insisted that she change her name.  Thus Shirley became Shelley, and Schrift was given short shrift.  The publicist asked her mother’s maiden name.  It was “Winter” and to this the publicist added an “s” to make Shelley Winters, according to Boroff.

Boroff related that Stevens was a very intense director, who closed off the set during filming, and did not allow actors or crew to leave the set.  “This was very much the same as what the Franks and Van Daans went through,” Boroff related. “You couldn’t go anywhere … no one could leave.  And he (Stevens) kept the lights low, so the set was always dark and very claustrophobic, and this really affected Shelley.  She became very frightened, very nervous, and very scared.”

Shelley’s mother, Rose Schrift, told Boroff of one occasion when the actress came home after a grueling day of filming.  Construction crews still were working on sewer lines on the street outside their home, making considerable noise.  Shelley “was petrified.  She told my family they should go hide.  Obviously, she thought, a bomb had hit the street, or something horrible had happened, and they should hide under the beds.  She was really convinced that a bomb had gone off; she was so traumatized by being on the set.”

Although Boroff was alive at the time of that incident, she was then just a little girl, not involved.  It took a while for theater and movies to even make an impression on her.  She recalled that on one occasion, her aunt took her as a guest to the Academy Awards and that, little girl that she was, she wondered when someone would call her name to come up to the stage to accept a present.  That was the year (1963) that Sidney Poitier won best actor for Lillies of the Field, she recalled.

Years later, Boroff followed her aunt into the acting business, even getting to act with her on Broadway in a 1978 production of The Effect of Gamma Rays on Man-in-the-Moon Marigolds.  Winters played Beatrice, the neurotic mother of Tillie, a budding science student, and Ruth, who is mentally unstable.  Boroff played Tille’s school girl competitor, Janice Vickery – a role made famous eight years earlier in an off-Broadway production by Swoosie Kurtz.

Boroff has watched her late aunt’s movie performance several times, and said while there are differences in the way they approached the role, “I am beginning to look more like her, sound more like her, as I age.  I think that people who see the production will see some of Shelley’s spirit in me.”