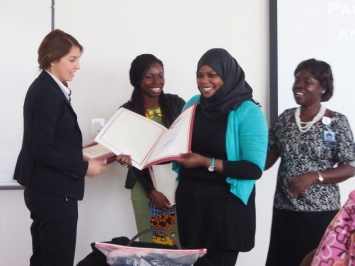 December 29, 2014 (City Heights) – At the Nile Sisters’ 2nd annual community celebration, Portraits of Success, local refugees and immigrants were honored for their achievements and heard inspirational and motivational stories. 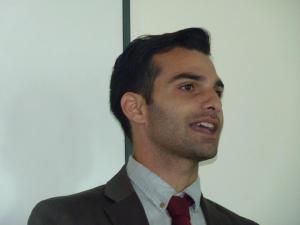 Kabban recalled growing up as a refugee from Beirut. “I always had time to daydream...to dream about what I would become," he recalls.

But life was hard at times,  he said. “I got bullied a lot for being different, looking different.  I didn’t have the nice clothes, the nice shoes…I felt really isolated.”

Then a football scout helped him get a college scholarship.  Kabban recalls how a counselor and even his high school football coach didn’t believe him at first and accused him of lying. “That really hurt me,” he recalls.

That advice helped him again when he began YALLA, despite naysayers who told him he was too young and naïve.  “The one person who listened to me, I listened to them and 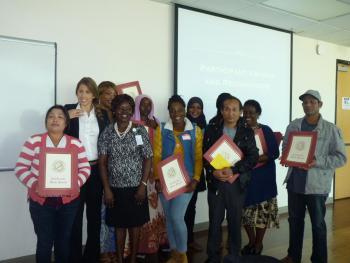 I believed them,” he says. 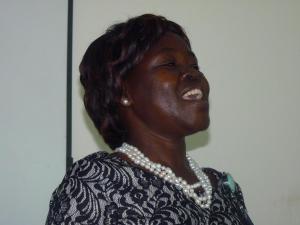 “Nile Sisters is making a true difference in the community,” said executive director Elizabeth Lou, who praised the efforts of others who have helped the organization achieve success.  She asked for help to sustain Nile Sisters including donations and volunteers, such as translators and people to help refugees with challenging tasks such as buying a car. 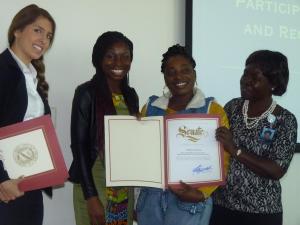 The event also included sale of African artwork, an auction of a work by spray-paint artist Ray Ferrer, door prize drawings, and an a cappella performance by Frequency, a vocal group from the  University of California, San Diego.  The event was held December 8th at Price Charities in City Heights. 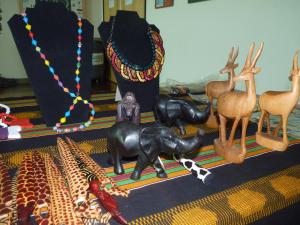