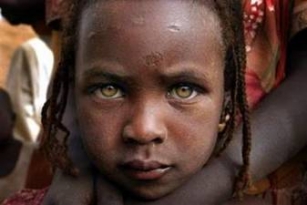 The South Sudan refugee crisis is the world’s fastest-growing yet least talked about population emergency. An estimated 3,500 refugees from Sudan, Darfur and South Sudan reside in the San Diego region, a key resettlement area for the Lost Boys of Sudan in the early 2000s and current home to around 98 Lost Boys. Elizabeth Lou, NSDI President/CEO notes that global refugee concerns are of interest to San Diego. “The County of San Diego is the largest refugee resettlement site in the State of California; the world is at our door.”

Where: The San Diego Foundation, Raymond Executive Board Room

Founded in 2001, Nile Sisters Development Initiative (NSDI) is a community-based organization that provides vital services to refugees and immigrants and seeks to establish a well-integrated, productive, and vital refugee/immigrant community in San Diego County. The NSDI mission is to educate, support and offer training to refugee and immigrant women and their families to help them overcome barriers to social and economic self-reliance. NSDI assists refugees and immigrants to assimilate a new language, customs, and systems that are inherent to the American way of life.